In a world where radio seems to be becoming increasingly obsolete, fewer and fewer of us can actually remember or even know what certain terms mean! One of the terms that seem to be frequently used yet remains a mystery to many of us is “VHF”. As rare as it may seem, VHF is still commonly used today and, in some cases, can even be a life-saving tool. But, what is VHF, and how does it work? Here are some fun facts about VHF to help clue you in.

Although it may sound very technical, VHF actually stands for Very High Frequency. Technically speaking, VHF is an important part of the electromagnetic spectrum. In order to be defined as being a very high frequency, a radiation wave needs to have a wavelength of between 1 and 10 meters, as well as a frequency of 30 to 300 megahertz (or MHz).

VHF technically came about thanks to the same man who showed us how powerful radio communication could be. Italian inventor Guglielmo Marconi is the one to thank! He exchanged a radio signal for the first time in 1895.

VHF is commonly used for television and radio transmissions. So, the TV channels you get at home and the FM radio you hear in the car are technically very high frequency (VHF)! While new technology may be drowning out the old frequencies here and there, the old standards are still around! 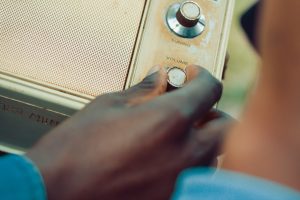 While VHF is certainly impressive, it does have its limits. For example, since VHF waves are not reflected from the atmosphere quite as freely as other, longer waves, they do not bend around the Earth’s curves. Proof the world is round, at least?

Curvatures and large obstacles can block the transfer of VHF waves. For example, hills, mountains, and other big structures will all prevent VHF waves from being transmitted to the other side. Better start sharing frequencies on flat plains instead!

While they may seem a little pointless due to their limitations, VHF waves do have their benefits, too! They are specifically used for short-range communications because they are not bothered by static noise from other, longer wavelengths in their area. This means that multiple VHF waves and signals on the same frequency can be used within hundreds of miles of each other without causing absolute chaos!

VHF is still commonly used in a variety of different circumstances. You will likely have spotted emergency services, military operatives, police, and even certain businesses using VHF to freely communicate – on-board radios largely depend on VHF technology.

To some of us, VHF may sound absolutely ancient – but chances are that you have already used it yourself! If you have ever used a walkie-talkie, then you have most likely used VHF waves. Most walkie talkies work on the VHF band (136-174 MHz). You kids never had it so good! 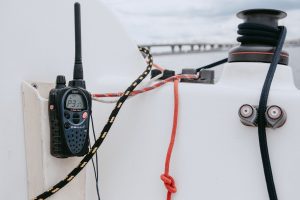 What are VHF waves used for?

Aside from being used in the military, for television, radio, and even toys (such as walkie-talkies), VHF is also commonly used in the boating industry! In fact, VHF Marine Radio is an essential part of any ship, as it allows the people aboard to communicate with other ships in the vicinity, nearby ports, bridges, and so on. It is also commonly used to call emergency services from the sea, such as the USCG (United States Coast Guard).

What is the real difference between VHF and UHF?

UHF (Ultra High Frequency) waves operate on a band within 300 megahertz and 3 gigahertz! On the other hand, VHF waves work on a 30 to 300 megahertz band. So, while very high frequencies are impressive, they are nothing compared to the ultra-high standard.

How far can VHF transmit in distance?

VHF has the potential to transmit across a total distance of 60 miles at a rate of 100,000 watts - impressive stuff indeed!

Do you know any fun facts about VHF? Share them in the comments below!

This page was last modified on August 2, 2022. Suggest an edit