You’re unlikely to pay much attention to blizzards unless you’re getting struck by one!

Here’s some fun facts about blizzards, and how extraordinary and deadly they can be at the same time…

1. What classifies as a blizzard?

It is only considered blizzard conditions if the winds are in excess of 35 miles per hour, with a visibility of less than a quarter of a mile and it occurs for more than three hours.

2. Some blizzards have caused emergency events.

In January 1977, the first blizzard of the year was declared a Federal Emergency. It affected Southern Ohio and upstate New York, and the winds were deadly.

The Great Blizzard of 1888 killed over 400 people, making it the worst winter storm in U.S. history (death-toll wise). Around 200 ships sank simply by being overwhelmed by waves due to these fierce winds. However, the deadliest blizzard in the world occurred in Iran, with an estimated 4,000 people dead (some included entire villages). 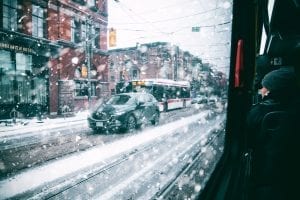 5. How do you prepare for a blizzard?

It’s important to stock up on canned food, warm blankets, batteries, and torches when you hear a storm warning. You may need them when you lose electricity and traveling outside during a storm is the last thing you want to do.

If you are required to travel, it is crucial that you have an emergency kit. This kit should ideally include jumper cables, tow rope, blankets, snacks and water (in case of an accident or you get stuck in the snow). However, traveling is highly discouraged and increases the chance of accident and death. It is best to stay put and wait out the storm.

6. Blizzards can disrupt and devastate.

A large blizzard affecting the U.S. in 1993 was responsible for over 10 million power outages and over 300 deaths.

You may receive a warning called ‘Winter Storm Watch’ when a blizzard is in the weather forecast. This means that there is a high possibility of a storm taking place. In addition, a ‘Winter Storm Warming’ is given when a storm is already taking place or is on its way. It is crucial that one takes these warnings seriously.

8. You’re actually warmer than you might think in a blizzard.

The extreme cold and wind when a blizzard is taking place actually cause the temperature to feel a lot colder than it is. For example, when the wind speed is constantly at 30-35mph, the air against your skin will feel much colder than the actual temperature. This cold causes frostbite quite rapidly.

As temperature drops, the ‘chill’ effect the wind has increases. There’s actually a calculator that estimates the wind chill effect on the body over at calculator.net.

The majority of the blizzards that affect the USA tend to usually pile up around the East Coast area. This is due to the East Coast being home to a type of storm called Nor’easters. A high amount of snow is the result of the moisture gathered by the storms in the Atlantic. 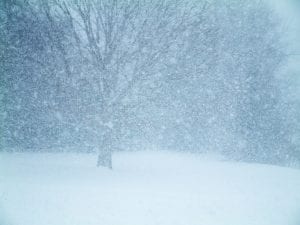 How do blizzards occur?

Blizzards are largely caused by warm air and cold air converging; in most cases, warm air rising over the cold is likely to start storm conditions.

Where do blizzards occur the most?

While the U.S is considered high blizzard territory, you’re likely to see and feel many more of these storms out east, particularly across the coldest parts of Russia.

When do blizzards start occurring?

As you can imagine, blizzards start emerging in the coldest of months - so in the Northern Hemisphere, that’s any time between autumn and spring.

Do you know any fun facts about blizzards? Share them in the comments below!

Are you fascinated with extreme weather? Then check out these frightening facts about hurricanes!