Ever wanted to scale the heavens? The Himalayas mountain range is likely to be a great place to start! Many people have attempted to climb Mount Everest, for example – and this chilly range of peaks remains some of the most majestic you’ll see from up close or afar. Here are some fun facts about the Himalayas worth reading up on before you go trekking.

1. The Himalayas really do reach up high!

As you may know, the Himalayas are the tallest mountain range in the world! The highest point of the Himalayas is Mount Everest, and it reaches an incredible 8,849 meters tall!

2. Not a trail you would want to track alone.

Given the sheer interest and inviting challenge of climbing Mount Everest, many have tried to do so successfully. However, due to the uncertain terrain, harsh weather conditions, and length of the trail, about 150 people have already died trying to reach the top. Therefore, it is definitely not something to try alone!

3. It’s a haven for all kinds of curious critters.

Some of the rarest animals in the world can be found in the Himalayas, such as unique breeds of goat, Tibetan sheep, musk deer, yaks, and snow leopards. 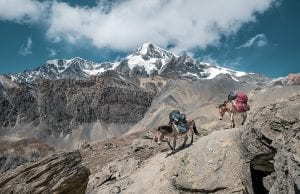 4. The range provides a religious haven.

Most of the people who live on the mountain range live in monasteries. There are multiple religions practicing in and surrounding the mountains, such as Hinduism, Islam, and Buddhism. Therefore, it should come as no surprise that such natural beauty serves as the perfect backdrop for spirituality, focus, and prayer.

There are many rivers that flow from the Himalayas, although the big five are the Jhelum, the Ravi, the Beas, the Chenab, and the Sutlej.

Well, the Himalayas are alive in the sense that they are, in fact, growing. Scientists have discovered that the plate moves approximately 20mm per year, which in turn makes the mountains grow taller. Who knows how tall they’ll be in another hundred years?!

The Himalayas are so big, they spread across five countries! Bhutan, India, China, Nepal and Pakistan all share parts of the Himalayas. In fact, approximately 75% of Nepal alone is mountains!

Believe it or not, the Himalayas are actually one of the most notable places to have glaciers. It is, in fact, third after Antarctica and the Arctic. It is believed that there are about 15,000 glaciers all around the mountain range!

9. The mountains have protected many citizens over the centuries.

Given its sheer size, the Himalayas have served as a barrier between many countries, especially India, Mongolia, and China. It is believed that due to this, many confrontations were likely avoided.

Back in 1953, Sir Edmund Hillary and Tenzing Norgay set off to climb to the very top of Mount Everest. The two succeeded and became the first people noted in history to ever reach its peak. Since then, it has become a goal for many – however, as was previously mentioned, many have also died in the attempt. 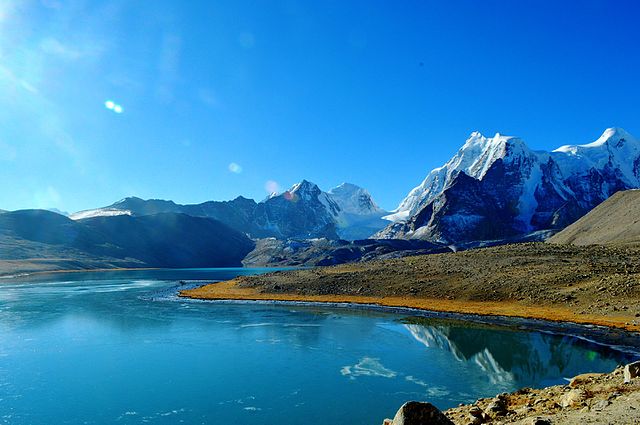 FAQs about the Himalayas

Which country takes up the most of the Himalayas?

Nepal is predominantly Himalayas - meaning it’s one of the most mountainous countries out east. Better strap on your climbing boots and get ready to scale the rugged peaks if you’re Nepal bound!

How do people get around in the Himalayas?

The most common form of transport in the Himalayas is yaks! It’s largely unsafe to use some types of transport - but that certainly hasn’t dissuaded some people from trying to scale the peaks on foot!

How many people live in the Himalayas?

It is currently estimated that around 53 million people live in the Himalayas. The vast majority of people living in the mountains do so out of dedication to their worship.

Do you know any interesting facts about the Himalayan Mountains? Share them in the comments below!

This page was last modified on July 4, 2022. Suggest an edit