Scuba diving, rainforest and stunning beaches, this country certainly seems to have it all! Before you grab your passport, be sure to take a look at these fun facts about Guadeloupe so you can impress the locals with your extensive knowledge!

Guadeloupe is a small island group in the southern Caribbean Sea.

Its nearest neighbors are Montserrat, Saint Kitts and Nevis, Anguilla, US Virgin Islands, British Virgin Islands and Puerto Rico to the northwest, Antigua and Barbuda to the north and Martinique, Saint Lucia, Saint Vincent and the Grenadines and Barbados to the south.

2. Here are the important coordinates.

Whether you’re looking to trek through the jungle or relax on the beach, this beautiful country is sure to provide a heaven-on-earth experience. To explore it for yourself, head for the coordinates of 16.2500° N, 61.5833°

All but 1 island is volcanic in origin with Basse-Terre boasting interior mountains, whilst Grande-Terre is the only island formed from limestone. 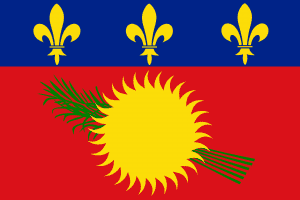 Basse-Terre is actually home to an active volcano, La Grande Soufrière, which last erupted in 1976!

5. It’s around the same size as a Welsh county.

6. The population is massive, however!

Guadeloupe’s population was 395,700 in 2016…that’s more than double the population of Flintshire!

7. What are the citizens called?

Residents here are known as Guadeloupeans.

8. What’s the capital of Guadeloupe?

9. It’s a tropical treat out here.

Guadeloupeans enjoy a subtropical climate moderated by trade winds with a rainy season from June to October. 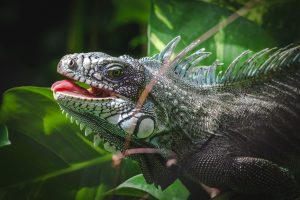 10. The wildlife is interesting out here.

Due to extensive hunting many years ago, a large proportion of the Guadeloupean wildlife was eradicated, although there are currently 17 species of mammal that call this beautiful country home, including the Mongoose, Agouti and Guadeloupe Raccoon.

Guadeloupe boasts some of the best scuba diving sites in the world thanks to the crystal clear waters, wonderful coral, stunning wildlife and captivating ship wrecks!

12. What do people speak in Guadeloupe?

The official language of Guadeloupe is French. 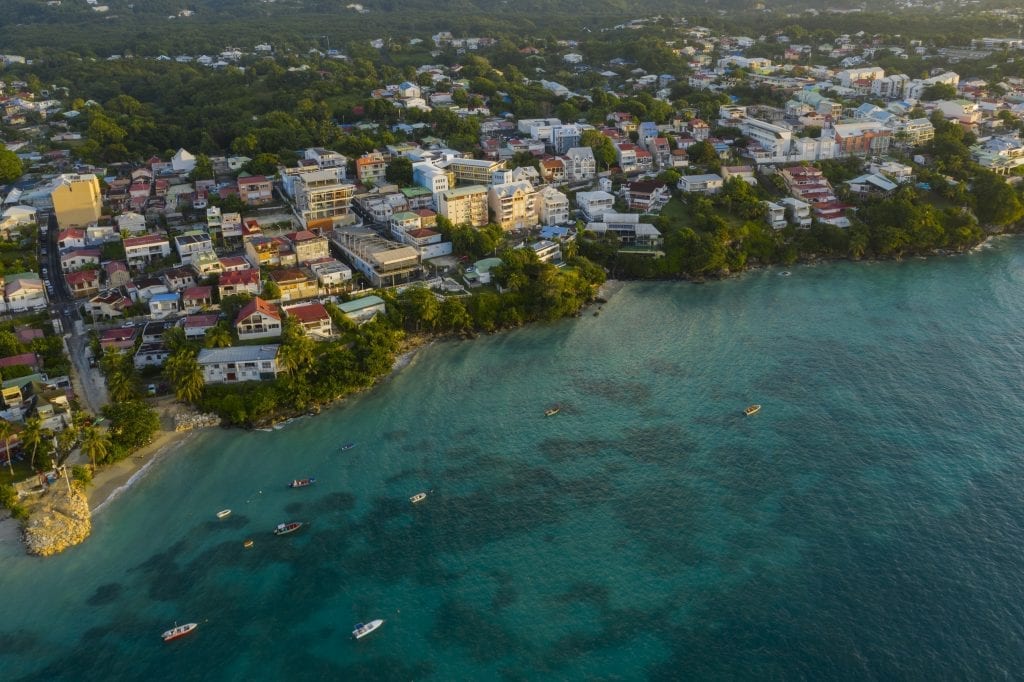 As a French overseas territory, Euro is the official currency here.

Guadeloupeans live for an average of 78 years.

Christopher Columbus actually discovered and named the islands of Guadeloupe in 1493! 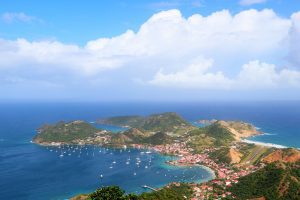 view of Terre-de-Haut from Le Chameau

Its industry consists of tourism, manufacturing and construction.

What is Guadeloupe known for?

Guadeloupe is mainly known for its fantastic island scenery - and for its tasty rum, too!

Is it safe to swim in Guadeloupe?

It varies - unfortunately, it’s unsafe to swim in Guadeloupe around the north of Basse-Terre due to high currents.

Can you drink the water in Guadeloupe?

Providing it comes out of the tap, yes! It’s perfectly safe.

Do you know any fun facts about Guadeloupe? Share them in the comments below!