Looking to boost your knowledge of the world and increase your chances of being crowned the next pub quiz champion?  Take a look at these 17 fun facts about Christmas Island!

1. You’ll find this festive region Down Under.

Christmas Island is a small Australian territory in the Indian Ocean.

2. Where is Christmas Island close to?

Its nearest neighbors are Indonesia to the north and east, Australia to the south and Cocos (Keeling) Islands to the west.

To witness the majestic sights and social intricacies of this wonderful country, head for the coordinates of 10.4833° S, 105.6333° E for your very own Christmas Island adventure! 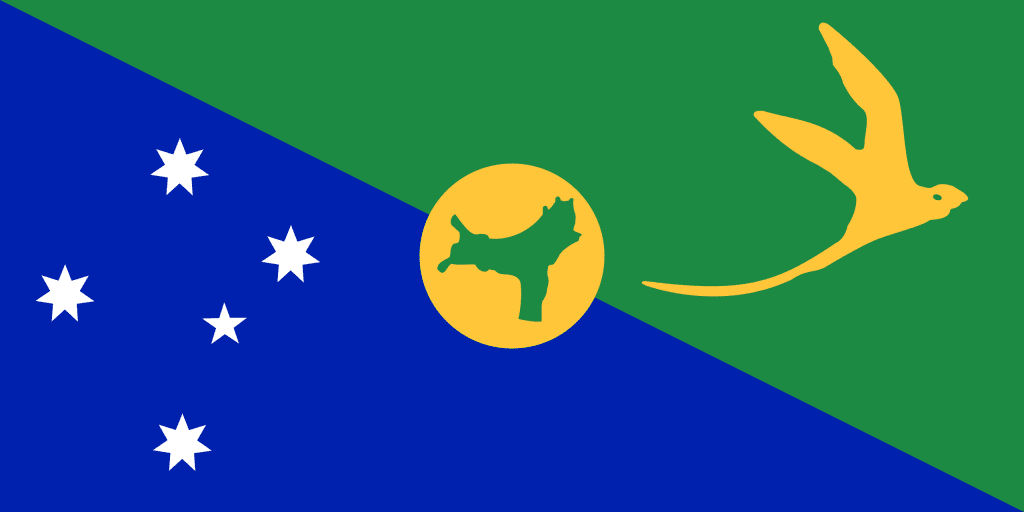 4. There are some amazing views!

The terrain here consists of steep cliffs along the coastline, rising sharply to a central plateau.

7. A brilliant name for a capital!

8. The main seasons here are either dry or wet – pick one!

Christmas Islanders enjoy a tropical climate with a dry season from May to November, followed by a rainy season from December to April. The heat and humidity here is moderated by trade winds.

Amazingly, around 2/3 of the island is a national park! 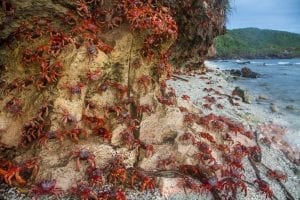 10. The land is truly ancient.

Christmas Island was formed around 60 million years ago when a basalt volcanic seamount (an underwater mountain) rose 5,000 meters from the ocean floor!

There are an estimated 45 million (yes, million) red crabs living on this tiny island! They migrate each year from the center of the island to the beaches to breed and can be seen traveling in droves!

Christmas Island is also home to several other species of crab including the largest species in the world, the coconut crab, which can weigh up to 4.1kg and measure an incredible 1m long!

The official language of Christmas Island is English. 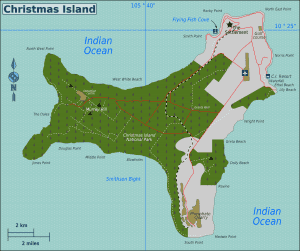 Did you know that Christmas Island was actually named after its discovery on Christmas day in 1643?

Despite being discovered in 1643, the island wasn’t inhabited until 244 years later! 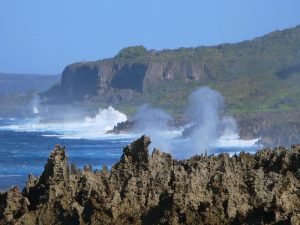 You must not touch a stranger’s head in Christmas Island, as it is considered extremely intimate… Ooh err!

17. Does Christmas Island grow or export anything?

Christmas Island doesn’t currently grow anything on a commercial scale, although they are working towards growing fruit and vegetables as a future goal.

Its industry consists of tourism and phosphate extraction. 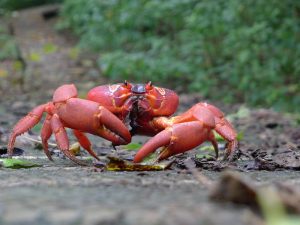 What is Christmas Island famous for?

Christmas Island is most famous for its estimated 45 million red crabs that live on this tiny island!

Why is it called Christmas Island?

Which ocean is Christmas Island in?

If you're thinking of sailing to Christmas Island, you'll need to set course for the Indian Ocean. It's an overseas territory of Australia located between Java and north-west Australia

Do you know any fun facts about Christmas Island? Share them in the comments below!

This page was last modified on November 11, 2021. Suggest an edit