The Amazon Rainforest stretches through 9 of the 14 countries that make up the South American continent.

The world’s largest and most bio-diverse rainforest is full of surprises! Mysterious and astounding, the Amazon Rainforest remains one of the most fascinating and studied ecosystems on Earth.

It’s believed that the Amazon still holds many secrets, waiting to be discovered. Feeling adventurous? Travel with us through these fun facts about the Amazon Rainforest… and find out some of its hidden treasures!

1. The Basin is truly massive.

The Amazon Basin, which includes all areas drained by the Amazon River and its thousands of branches, covers about 2.7 million square miles.

The basin is roughly the size of 48 adjoining United States and covers some 40% of the South American continent. It actually covers around 2.1 million square miles.

Amazonia is the largest river basin in the world, and the Amazon Rainforest stretches from the Atlantic Ocean in the east to the Andes Mountains in the west. 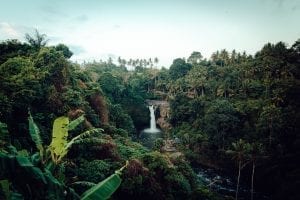 Waterfall in the Amazon Rainforest

The Amazon is thought to be more than 55 million years old! However, most of the plant life didn’t begin to flourish until after the most recent ice age.

5. However, there’s plenty out there that’s older than the Amazon.

That means it didn’t exist in the time of the dinosaurs who died about 65 million years ago.

Best scientific assessments suggest there are at least 40,000 plant species, 3,000 types of fish, 1,300 bird species, 430 mammals, and an incredible 2.5 million different kinds of insects living in the Amazon rainforest.

The Amazon rainforest is home to 10% of all known species in the world.

The 40,000 different plant species found in the Amazon rainforest basin include hundreds of types of ferns and thousands of different species of flowering plants.

Very little sunlight reaches the floor of the forest due to the dense canopy.

The Amazon is a haven for shade-tolerant plants, especially orchids, bromeliads, and other epiphytes that grow on trees and have aerial roots.

9. It’s a huge portion of the planet.

The rainforest occupies 2% of the world’s surface area. It does, however, produce 10 times more oxygen than a typical area of that size. 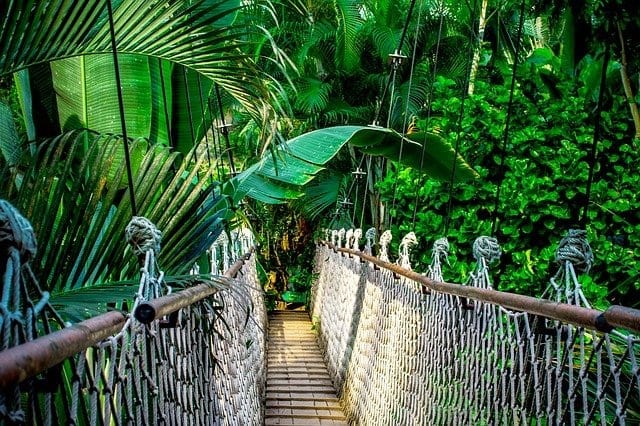 10. It’s a part of more countries than you might imagine.

The Amazon River flows through the rainforest for more than 2,000 miles. It’s the second longest river in the world, missing out on the honor of being the world’s longest river to The Nile in Egypt.

12. People have even tried swimming it!

In 2007, Martin Strel undertook a marathon on the Amazon River, swimming up to ten hours a day for 66 days. Impressive! 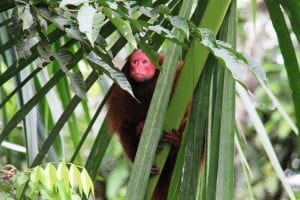 13. The river starts up in the Peruvian mountains.

14. The river flows right into the Atlantic.

The Amazon River pumps out a staggering 55 million gallons of water into the Atlantic per second.

A 2006 geological study discovered that the oldest river sediments were actually found upstream of their source. 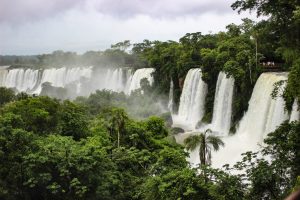 16. The river even changed direction.

Scientists came to the conclusion that the Amazon River used to run east to west but changed direction once the Andes rose through the continent some 100 million years ago.

The Amazon contains about 20% of the world’s total volume of river water.

18. The rainforest is a very varied place.

The great rainforest may juggle images of exotic and possibly terrifying wildlife on one side and a human population on the other. 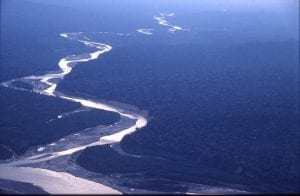 The Amazon is home to 21 million people, counting around 50 remote tribes who have not yet made contact with modern civilization.

The Amazon rainforest’s disintegrating plant matter puts out about the same amount of CO2, meaning the great rainforest is more or less in equilibrium.

Logging has reduced the size of the rainforest by 20% in just 40 years.

It is frequently burned down to make way for farming land which depletes the soil. 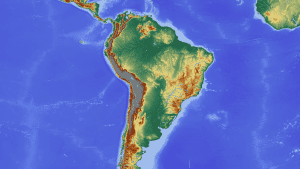 22. Species are at serious risk.

An average of 137 species become extinct each day due to the fact that 1.5 acres of the Amazon rainforest vanish every second.

23. It’s contributing to a lot of problems.

Deforestation in the Amazon Rainforest accounts for 30% of global carbon emissions, and if things continue the way they are, there won’t be anything left in 40 years.

Most of the deforestation is to create space for pastures to raise cattle. 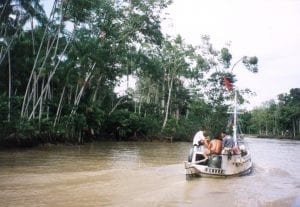 24. We depend on the rainforest for drugs.

Over 80% of the world’s food assortments originate from the Amazon rainforest.

More than 25% of modern pharmaceuticals contain ingredients from the Amazon Rainforest, yet only 1% of plant species have been tested for medicinal benefits.

To continue to thrive the rainforest requires a continuous supply of fresh dust and phosphorous in its topsoil.

A recent study using progressive dust cloud modelling techniques found that particles get picked up in the Sahara desert and are blown over the Atlantic before settling in the Amazon. 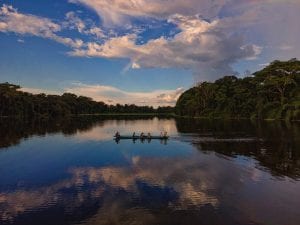 FAQs about The Amazon Rainforest

Is it safe to visit the Amazon rainforest?

You can visit the Amazon rainforest, but make sure to be on the lookout for sickness - get your jabs before you travel.

What can kill you in the Amazon?

There is a variety of beasties in the Amazon that could kill you - so be very careful and don’t trust anything!

Do tigers live in the Amazon rainforest?

Funnily enough, no - there are no tigers that live or reside in the rainforest!

Do you know any fun facts about the Amazon rainforest? Share them in the comments below!

This page was last modified on January 14, 2022. Suggest an edit