Extinction refers to the end of life – that may be the end of a particular animal or plant species, for example. Perhaps most famously, we know of the extinction of the dinosaurs – but, sadly, there are many species still going extinct to this day for various reasons – some within our control. Here are some interesting facts about extinction that may fascinate you.

1. Global warming presents a huge threat to many, many species.

Following significant analysis, results show that global warming currently presents us with the ‘greatest threat to life on earth in all of human history’.

While opinions differ about cause and effect, the Centre for Biological Diversity states that – unless problems are addressed quickly – more than one-third of animal and plant species could become extinct by the end of the century.

3. Some frogs are thought to have gone extinct only recently.

A species of poison dart frog, living in the mountains of Panama by Costa Rica, is thought to have become extinct in 2020. This was due to a fungal outbreak beginning in 1996. 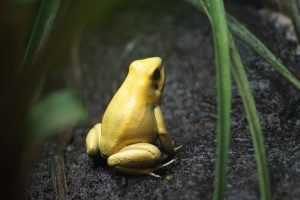 4. Attempts to revive the white rhino are ongoing.

Just two Northern White Rhinos alive today – but are both females. Attempts are being made to impregnate them artificially to save the species from extinction. The last known male died in 2018.

5. The baiji is rarely seen nowadays.

The baiji dolphin is on the critical list for the potential to become extinct – it’s said that this rarely-seen species may be at risk as a result of water pollution.

6. Spix’s macaws are being carefully bred.

The Spix’s Macaw, native to Brazil, is also under threat of complete extinction. Their numbers were recorded as only 100 in 2019 – and they were in captivity! A breeding program may preserve this animal from extinction – fingers crossed.

Passenger pigeons were recognisable from colorful feathers. It’s believed that the last of these birds died in captivity in Cincinnati in 2014.

In 2000, the Pyrenean ibex – which lived on border areas between Spain and France – became extinct after attempts to clone the species failed.

9. Trees are under threat of extinction, too.

Conservation projects for plants are as active as those for animals – for example, seed banks are building collections with the aim of saving some species. The Conservation Foundation based in London, too, helped highlight the plight of Dutch elm trees succumbing to disease and possible extinction. 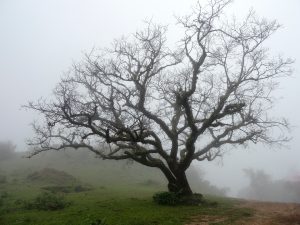 10. Quagga revivals have been underway since the 80s.

Extinct due to being endlessly hunted, the last quagga died in an Amsterdam zoo in 1883. At one time live cells were needed for cloning, but today, mitochondrial DNA is being considered for genetic purposes. The Quagga Project, launched in 1987, aims to help bring this species back to life.

11. Humans are largely to blame for animal extinction.

It’s thought that human activity alone – over the course of five centuries – may be responsible for the untimely extinction of more than 800 different species.

Dodos became more well-known after they became extinct! Natives of Mauritius, they were from the same family as pigeons and doves. The phrase ‘as dead as a dodo’ is used to this day, and they’re likely one of the best-known extinct creatures (outside of the dinosaurs). 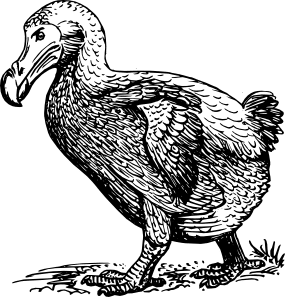 Illustration of the Dodo

Why are dodos a popular symbol of extinction?

Dodos became popular because of their almost cartoon-like appearance - and affection for them made their disappearance alarming, drawing attention to how species become extinct.

Studies show that dodos were large, flightless birds that weighed approximately 23 to 29 pounds. They had naked heads, gray plumes and yellow feet. Illustrations show their beaks were black with shades of green or yellow.

Many efforts are underway to help limit pollution in the sea, in the air and on land. There’s also a huge push-back against single-use plastics, which may put millions of life forms in our oceans at risk. Overhunting and overfishing is responsible for animal reduction, too - meaning it may be time to scale things back.

Do you know any interesting facts about extinction? Share them in the comments below!

This page was last modified on December 30, 2022. Suggest an edit