Flooding is truly devastating. Occurring for a variety of reasons, floods are some of the deadliest natural and artificial events which ravage homes and businesses all over the world. Floods can arise through bursting of waterway banks, during earthquakes and during hurricanes. In some cases, flooding can simply occur during intense rainfall when poor defenses are in place.

It’s safe to say that flooding can be a true burden on your life – and may even pose a risk to it at the same time.

Here are some truly interesting facts about floods which may well shock and surprise you.

1. The UK is a hotbed for flooding.

The UK is prone to mass flooding year after year, often due to bad weather and poor flood defenses. In fact, it’s thought that around five million people are at risk of heavy floods each year.

It’s most commonly rivers bursting their banks or overflowing which results in flooding. This can occur as a result of intensive rain or wet weather, which will of course create an overflow effect.

3. Even a little flood water can be devastating.

Two feet of water, it’s said, is enough to set a car adrift. You may not be able to stand in as little as six inches of fast-moving flood water. 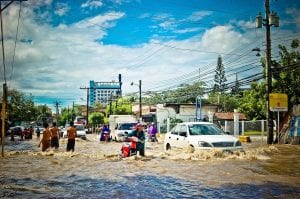 The best thing to do during a flood is to head up to as high ground as you possibly can.

5. Even deserts get flooded.

Believe it or not, even the Sahara Desert has struggled with flooding in the past! Floods in 2003 actually led to a series of temporary waterways forming.

6. What are flash floods?

Flash floods are particularly dangerous – they occur quickly and without warning and could result in water levels spiking up to 20 feet in height.

7. Floods are also very common in the US.

In the US, it’s thought that up to 90% of natural disasters arrive with some form of flooding attached. Therefore, it’s seen as second only to wildfires in terms of widespread natural chaos.

8. Floods have no timescales.

Some floods develop very slowly over several days, while others can start to form and devastate with next to no warning. Therefore, it is always crucial to have some form of local flood defense in place.

9. Floods come from all over.

Flood water can come from anywhere – it could carry all kinds of bacteria and disease, for example. That’s why it is so important to disinfect yourself if you come into contact with flood waters at any height. 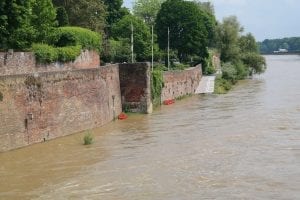 Floods have the power not only to ruin the odd carpet, but to destroy transport links and whole streets. The power and force behind a flood may vary depending on weather and where it is coming from. The potential loss to life, too, cannot be underestimated – many people, adults, and children alike, do not know how to swim.

11. More people die of flooding than you might imagine.

In the US, around 82 recorded deaths per year occur as a result of flooding. What’s more, it’s thought to contribute to around $8 billion in local damages annually.

12. No states are safe from flooding.

It’s entirely possible for flooding to occur across all US states. Therefore, the country is one of the leaders in terms of preparing flood defenses. 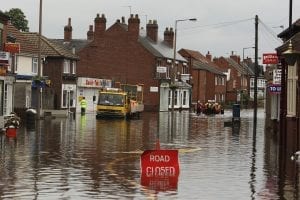 One of the most devastating floods in recent years occurred in Boscastle, Cornwall. No one died as a result of the conditions, but the event resulted in much of the community being destroyed.

14. It even devastates out east.

The biggest flooding disaster that led to fatalities occurred in China in 1939. At this time, it’s thought that up to four million people lost their lives.

15. All bodies of water can flood.

Floods can occur from any body of water likely to spill over, or to be affected by natural events in the local area. For example, even the likes of glaciers splitting can lead to flood conditions. 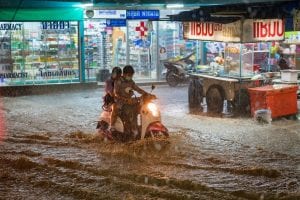 16. Floods can cause power cuts.

Flood can not only lead to thousands of pounds of property damage, but also mass outage in terms of power – which can leave some homes completely devastated. Hurricane Katrina, for example, led to mass floods which resulted in many families losing homes they had built up for several years, even for generations.

17. Floods can even destroy habitats.

Floods can also have a devastating effect on the land, too. Flood waters can carry hazardous waste and material across long distances. What’s more, they can also lead to wild animals such as crocodiles and alligators propagating in built-up areas. Therefore, vigilance is key, even in the aftermath of flooding. 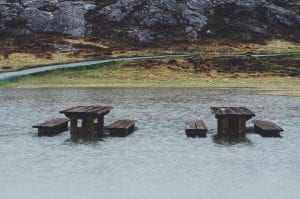 What are the different types of flood?

There are many different types of flood - for example, some come from the coast, while others occur through rivers bursting their banks.

What is the most dangerous type of flood?

Flash floods are regarded as the most dangerous as they are often both the fastest and the strongest.

How long can flooding last for?

Flooding can last for weeks in some cases, hours in others - rainfall is a big factor.

Do you know any interesting facts about floods?  Share them in the comments below!