Galileo is the man who changed science forever, but how much do the likes of you and I actually know about the great man? Let’s take a look at some seriously fun facts about Galileo so you can wow everyone we meet from now on. Are you ready to be amazed?

1. Will you do the fandango?

Galileo was actually his first name, and Galilei was his family name. Galileo Galilei – don’t let us stop you doing some Queen karaoke!

2. He never performed the Pisa experiment.

The idea he dropped weights off the Leaning Tower of Pisa is now widely regarded as a myth.

He was a big believer in the power of horoscopes and earned money showing students how they could tell the future with them. 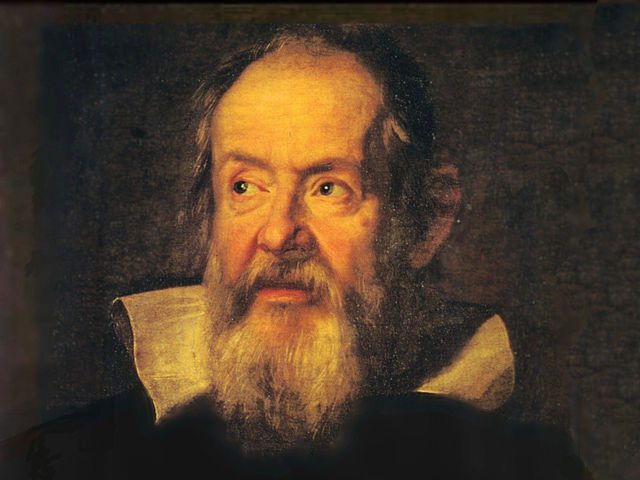 4. He didn’t technically create the telescope…

Galileo didn’t invent the telescope, Hans Lipperhey from the Netherlands did when he took a break from making glasses.

Galileo discovered all four of Jupiter’s moons. The King of France was so impressed he tried to hire Galileo to search for new planets he could then name after his royal patron.

Pope Urban VIII had one of Galileo’s essays read to him at a prestigious dinner and would later write a poem showering him with praise.

However, the church denounced his support for the heliocentric universe postulated by Copernicus in 1616. This wasn’t because of the new position of the sun, but because a moving Earth was seen to be in direct contradiction to the Bible.

He was a talented artist with a fairly unique style akin to impressionism.

8. He outpaced Einstein by centuries.

Relativity was first looked into by Galileo before Einstein made it his own in 1905.

9. Galileo was a family man.

He had two daughters and a son with long-term partner Marina Gamba. Though, they were never married and never lived together. 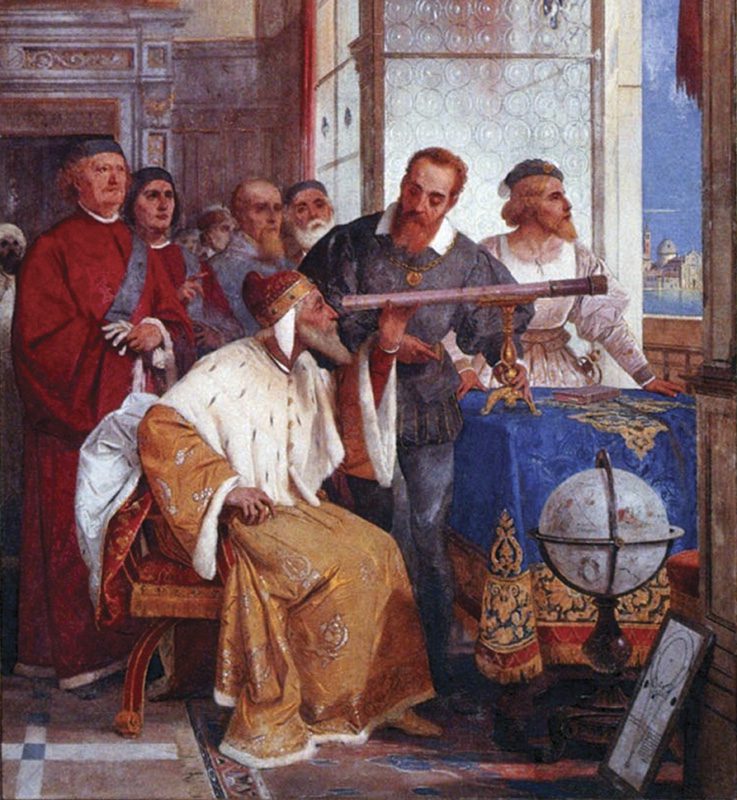 Galileo demonstrating how to use the telescope

His father was a famous lutist in his day.

11. Born alongside the Bard!

He was born in the same year as William Shakespeare.

12. Galileo passed away the same day the father of gravity was born.

On the day he died a young boy by the name of Isaac Newton was born in England. 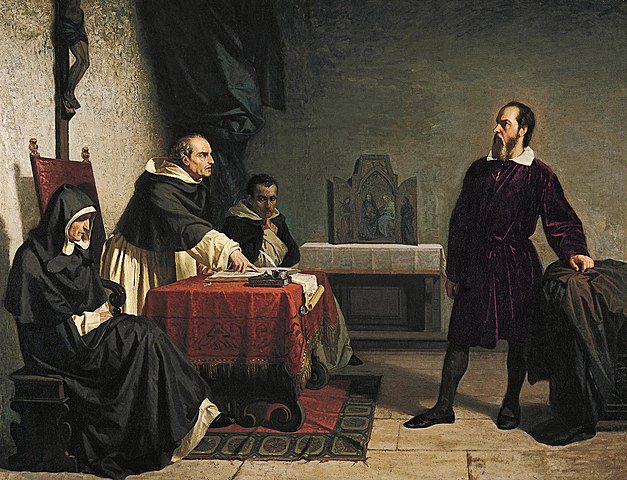 Galileo and the Roman Inquisition

What was Galileo famous for?

Galileo was perhaps most famous for his observations via telescope - he was able to spot moons from afar and even discovered the famous rings of Saturn.

What did Galileo invent?

Galileo is credited with inventing the telescope, though this is somewhat disputed. He’s said to have invented the pendulum clock and a type of thermometer, too.

What did Galileo discover about the sun?

Using his telescope, Galileo famously discovered sunspots before anyone else!

Do you have any facts about Galileo? Please share them in the comments below!

This page was last modified on September 12, 2022. Suggest an edit