Did you know that Hinduism is one of the most widely-followed faiths around the globe? In fact, it’s the third most-observed. Originating and emerging from India, its influence has spread all over the world, with its mother country remaining a center point for followers worldwide.

Here are some fun facts about Hinduism that may just surprise you.

1. Hinduism is growing ever popular, all the time.

The percentage of people participating in Hinduism continues to rise. Currently, around 16% of the global population are connected to or are involved with Hinduism in some way or other. That accounts for around a billion people!

2. In fact, it’s been around for much longer than other faiths.

Hinduism is known as the oldest religion. Intriguingly, its roots precede the origins of mankind! However, it is the third-most followed religion on the planet, with Christianity and Islam just ahead.

3. Who are the gods of the Trimurti?

Brahma is considered to be the Hindu Trimurti’s first god, along with the deities of Vishnu, and Shiva. All three gods are said to be responsible for having created and maintained the universe. Hindus believe that worshipping Brahma should be part of their daily life, and that his internalized love is limitless – and to be relied upon provided that they live a good life. 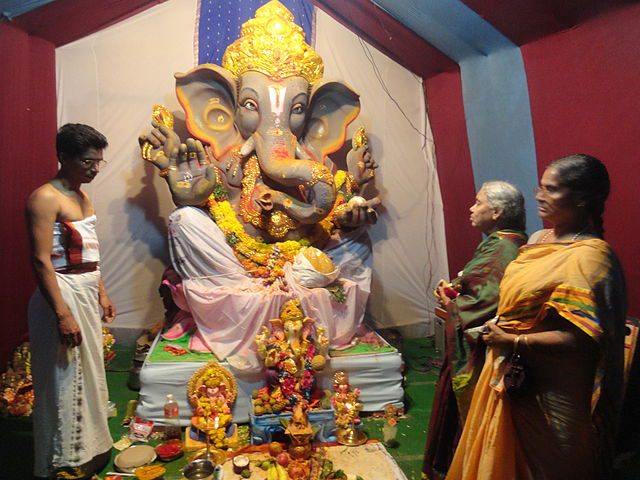 4. Marriage laws in Hinduism are regulated.

Regulations permit the marriage of Hindu girls from the age of 18 and Hindu boys from the age of 21. This is in line with the national regulations of India – 16 steps are undertaken to ensure good karma for the wedding, and marriage ceremonies are overseen by a suitably qualified ‘pandit’.

The name Hinduism is thought to have originated from the River Indus in Northern India.

India, Mauritius and Nepal have the greatest number of Hindus per square kilometer! In fact, up to 80.5% of all religious people in India follow Hinduism.

Interestingly, there are many people in India who follow other faiths. There’s a Muslim community that makes up around 13.4% of all religious faith, while Christianity makes up 2.3%. That may not sound like much, but it accounts for 24 million people – there are a billion and more people living in India right now!

Puja is the name of the important daily ritual of personal worship. Prayers in the form of mantras form part of a daily obligation.

9. It’s all connected with nature.

Hindus share many common practices for worship. They believe in giving thanks for the sun and nature in general. For this reason, Hindu people often dress in the vibrant shades of nature. 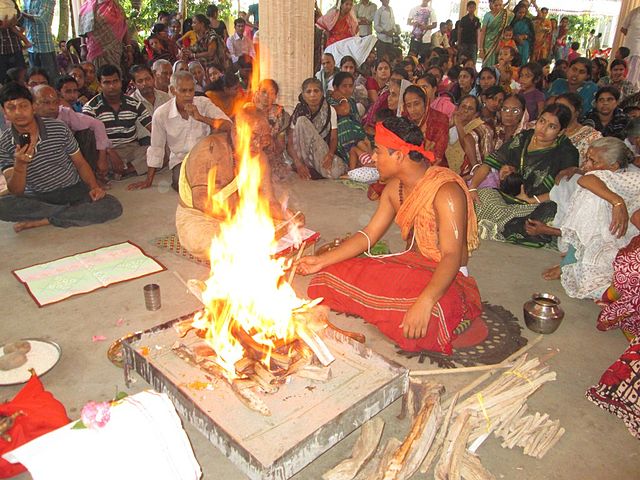 The Hindu alphabet has more than double the letters of the English comparative, with 54 to memorize!

Important Hindu documents are often written in Latin. This is for official, complex or technical wording – especially when intended for international consideration!

12. What is the festival of lights?

The festival of lights is an annual event celebrated by followers of Hinduism. This customary annual festival began over 2,500 years ago. It Is known as Diwali, or Deepavali.

Cows, tortoises, monkeys and elephants are all revered as sacred within the Hindu faith. Approximately one third of Hindus are vegetarian, committed to not eating the flesh, organs or eggs of animals. 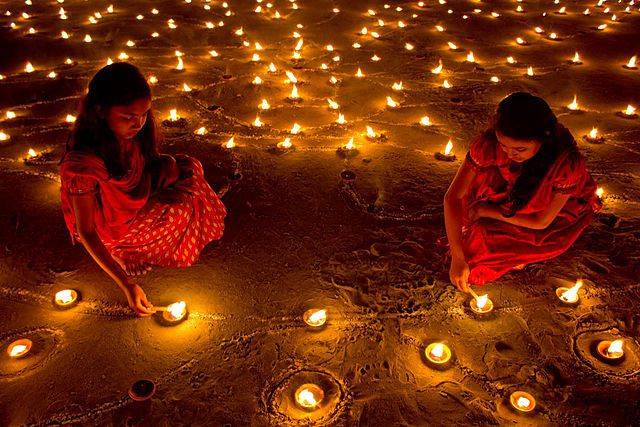 Does Buddhism have connections to Hinduism?

Students of theology and many historians believe that Buddhism does have links to Hinduism - dating back centuries. In fact, in some cases, Buddha is worshipped as a deity within Hinduism.

How many gods do people worship in Hinduism?

More than a few - there are said to be around 33 million different deities!

No one will ever know for sure - Hinduism was passed on from several community beliefs going back centuries.

Do you know any interesting facts about Hinduism? Share them in the comments below!