Put on your smart suit, it’s time to go to work! It’s Monday! I don’t know whether you’re a Monday person or not but let’s start with a bit of reversed psychology: not everyone hates Mondays!

For every optimist out there Monday is a day for a brand new start. It’s a chance to start over, change one’s perspective, and make new decisions.

We’ve prepared this stack of fun facts about Monday that’ll make you look at the bright side: “At least Mondays only happen once a week”!

1. Where does the word ‘Monday’ come from?

Germanic languages were influenced by Old English with the Old German word Manetag leading to the modern German word Montag.

2. Its translations really do vary.

The Latin term for Monday is “Dies Lunae”, which literally means “Day of the Moon”.

In Chinese, Monday is “xīngqīyī” which translated “day one of the week.”

In Turkey, Monday is called “Pazartesi” meaning “after Sunday.”

Monday also means “after Sunday/holiday” in many Slavic languages.

3. Hammer your way into the week!

In the UK “Monday” is a jargon term used to explain a heavy, large sledgehammer. 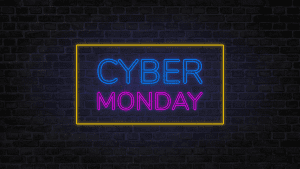 Quakers refer to Monday as the “second day.”

Scientists have found Monday to be the day of the week when you’ll weigh the most, even if you sustain a steady weight.

7. We love a Monday whinge!

On a Monday the average person moans for 34 minutes, compared to the other days (22 minutes) according to a 2011 study.

8. The weekend catches up with us all.

It’s Monday and you’re late for work? You’re not the only one. Nearly 50% of workers are late to work on a Monday too.

The biggest demographic on a Monday to be subjected to more stress are professionals over 40. 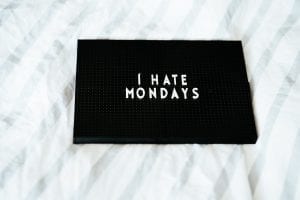 The majority of people do their online shopping on a Monday.

11. Mondays are great for cheap motors.

Do you need a new car? Ask yourselves when is the best time to buy one? The answer is Monday. Studies have shown people usually avoid buying a car on a weekend, as these are the busiest days for car sales.

Statistically, Monday is the most likely day that the U.S. Stock Market will rise, rather than fall. 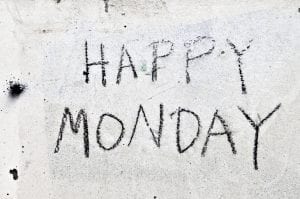 13. Wait until the coffee kicks in at least!

A study managed by Marmite in 2011 presented that the average UK person won’t crack a smile until 11:16 A.M. on a Monday.

It’s also believed that the productivity of workers is at its all-time low on Mondays.

It is shown that workers only manage 3.5 hours of work throughout a Monday which means that they’re 30% less productive.

“I Don’t Like Mondays”, The Boomtown Rats song, was inspired by shooting in America by killer Brenda Spencer. When she was questioned by the police about her motivations for the murder her answer was, believe it or not, “I don’t like Mondays”. 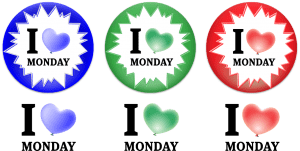 17. There’s plenty of science behind Mondays.

Part of the reason why Mondays suck so much is socializing. Researchers have found out that being away from a work-related social group for a weekend makes us feel insecure and in need to secure our place in our social work environment.

Some researchers state that Monday morning gossiping at work is a significant aspect of helping us get through the day. 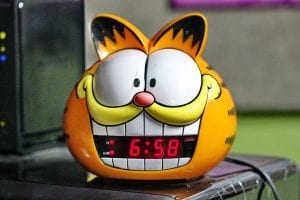 Monday is commonly referred to as a “suicide day,” being that day when most people take their own lives.

There’s a 20% increase of heart attacks on a Monday, known as “Heart attack day”.

The precise science behind this fact is unknown, but Mondays are the least rainy day of the week. Researchers think it’s due to the reduction in man-made pollution over the weekend.

Scientists found out Monday to be no different from Tuesday, Wednesday, or Thursday regarding people’s emotions.

Still, when they asked people to say which day was the most stressful they all answered – Monday. This is because of a larger emotional change from Sunday to Monday than there is between Tuesday and Wednesday. 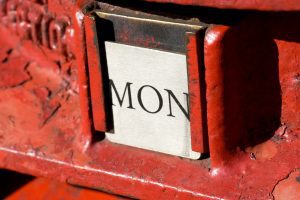 22. Your body clock needs a boost.

People are the most sleep-deprived on a Monday. According to scientists, the extra sleep we get on weekends makes us even worse off on a Monday. It throws off our body clock. To wake up on a Monday is more of a shock for us than waking up any other weekday.

23. Look your best by Wednesday!

Monday is special in Islamic tradition. The prophet Muhammad was born on a Monday and he received the Quran from God on a Monday. It’s also recorded that the prophet regularly fasted on Mondays. 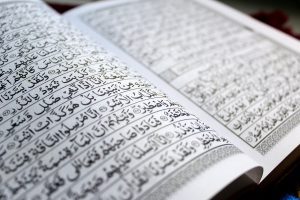 “Miracle Monday” is a Superman novel written by Eliott S. Magin. First published in 1981, the novel involves Superman combating a demon from hell who wanted to break Superman’s sense of morality. Luckily, in the end, Superman was successful in banishing the demon back to hell, on the third Monday of May, hence the novel’s name Miracle Monday.

In the US, many sporting and fun shows have specials on Monday nights.

27. A Monday none will forget. 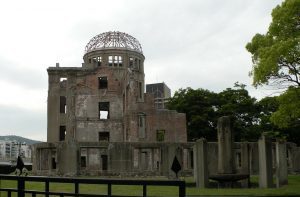 28. At least he doesn’t have to commute!

Let’s turn to the fun side and remember the famous comic strip character Garfield who is well known for his contempt for Mondays: “I’m a Friday person in a Monday world”!

Why is Monday so hated?

It has the dubious honor of following Saturday and Sunday - often two days off together for many working people and school kids - meaning it has a lot to answer for!

How do I motivate myself on Monday?

Prepare yourself the night before, make sure you eat breakfast, and give yourself plenty of time to get ready.

Are there any names that come from ‘Monday’?

Yes - the name ‘Mona’ - which was often popular to give to girls born on a Monday, referring to the Moon in ancient English.

Do you know any fun facts about Mondays? Share them in the comments below!