When you hear the word Philadelphia what’s the first thing that you do? Let me guess! First you start singing Bruce Springsteen’s ‘Streets of Philadelphia’:

“…Oh brother are you gonna leave me wastin’ away

On the streets of Philadelphia?”…

Second, when the melody starts to fade away you see Tom Hanks and Denzel Washington in one of their amazing performances in the film ‘Philadelphia’.

Third, you think of the city in Pennsylvania and imagine taking the steps of the Philadelphia Museum of Art, doing Sylvester Stallone’s triumphant run from the film “Rocky.”

Is there a fourth or fifth thing we should think of when we think of Philadelphia? There are so many things we’ve missed in in this intro, but we’ll try to make amends with this list of interesting facts about Philadelphia…

1. Philly has lots of names.

Philadelphia has many nicknames. The city has been called Philly, The City of Brotherly Love, and The Birthplace of America, The City that Loves You Back, The City of Neighborhoods, The Quaker City, and The Cradle of Liberty.

Philadelphia is a city and a port, in south-eastern Pennsylvania, U.S. It is located at the convergence of the Delaware and Schuylkill rivers.

In 1682 Philadelphia was one of the first cities in the world to guarantee religious freedom, thanks to the Quakers. 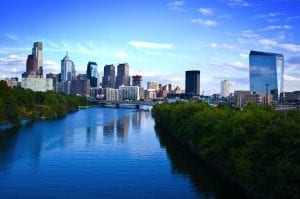 4. Philadelphia is a unique city.

Philadelphia as the biggest city in Pennsylvania has many features of a small town. With its parks and quiet pace of life, it reflects the refined Quaker heritage bestowed on the city by its founder, William Penn

Everywhere around the city there are distinguished reminders of the colonial and rebellious city, of Benjamin Franklin, who left his mark on many institutions.

20th and The Parkway is The Franklin Institute’s building (the science museum) second location. The institution’s original place near the Liberty Bell became too small by 1934.

The city secured its place in history as the location of the signing of the Declaration of Independence, the constitutional convention of 1787, and the second U.S. national capital.

When the Constitution was signed, John Adams and Thomas Jefferson were both out of the city on business.

The spelling “Pensylvania” is used on The Liberty Bell, Constitution, and Independence Hall. That was actually the right spelling in the early years of the country.

The Port of Philadelphia and Camden are one of the largest freshwater ports in the world. 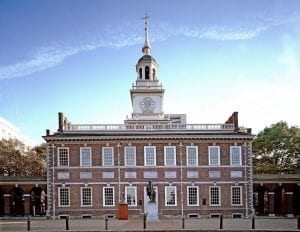 10. Philly has plenty over Paris for artistic representation.

Philadelphia is truly famous for its art scene. The city is home to more Impressionist paintings than any other city outside of Paris!

How about public art? There’s more public art here than any other city in the U.S. In Philadelphia, there are over 3,800 murals – it’s known as the Mural Capital of the country.

Fairmount Park with 9,200 acres is the biggest landscaped garden in the world.

The oldest botanical garden in North America is Bartram’s Garden. 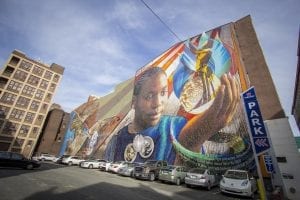 14. The Sphinx lies somewhere in the city.

The Penn Museum boasts of showing the largest Egyptian Sphinx in the western hemisphere.

Do you like pretzels? Philadelphians do! They eat 12 times more pretzels each year than the average American. 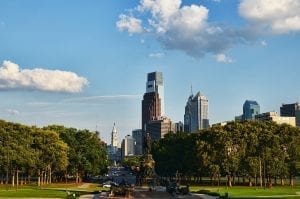 17. The Philly cheesesteak was a gradual creation.

10 years after the steak sandwich was invented, cheese was added to the city’s famous cheesesteak. That happened in the 1940s.

18. The history of computers started here.

The world’s first electronic computer was built at the University of Pennsylvania in 1946. The computer weighed 27 pounds and was faster than many other computing devices at the time. 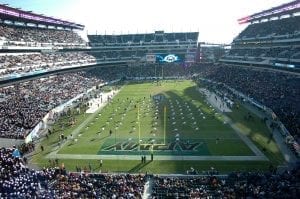 The Eagles, Philadelphia’s home football team, helped to make the biggest sandwich – it was the length of their football field!

20. Plumbing before the President!

Five public squares in the initial plans for Philadelphia were created by William Penn. Rittenhouse Square, Franklin Square, Washington Square, and Logan Square are still squares. Home to City Hall is the 5th Centre Square, which is also the site of Dilworth Park. 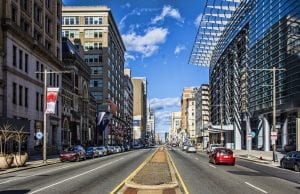 The first hospital was established by Dr. Thomas Bond and Benjamin Franklin to serve “the sick-poor and insane” living on the streets of Philadelphia.

1 in 6 American doctors gained their education in Philadelphia. Medical School is a big part of the city’s life. 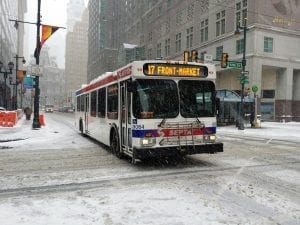 It took three years for the Philadelphia Mint to produce its first million coins. Today the production is millions of coins yearly.

One of Philadelphia’s earliest businesses was a beer brewery, the Philadelphia Brewing Company. We love beer!

The city is home to the second-largest Irish and Italian population, only after New York. 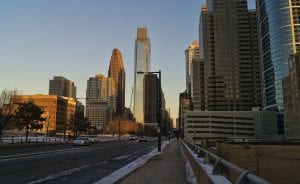 Is Philadelphia safe to visit?

Philly is safe to wander around if you stick to the main tourist routes, such as in the centre of the city.

What is Philadelphia most famous for?

Philly is most famous for its Liberty Bell, its Constitutional importance and its cheesesteaks.

Is Philadelphia cheaper to visit than New York City?

It's thought that Philadelphia may be almost a quarter cheaper to visit than NYC.

Do you know any fun facts about Philadelphia? Share them in the comments below!