While many people will likely have heard of Tasmania thanks to its famous ‘devil’, the island actually has a rich and intriguing history, as one of the oldest territories in the Australian Federation. Did you know that Tasmania is actually one of the biggest islands in the world? It’s thought that Aborigines have been here for tens of thousands of years, too! Australia really is an intriguing corner of the globe for so many reasons!

We’re going to dive into the details on what makes Tasmania one of the most fascinating places to visit in Oceania. Even if you’ve been to the island before, there’s still plenty for you to learn! Read through our fun facts about Tasmania before you plan a visit, and you may find out something that you never knew before.

Tasmania is an island located 240 kilometers south of Victoria in Australia. Separating Tasmania from Australia’s mainland is a stretch of water called the Bass Strait.

Tasmania and the 344 smaller islands surrounding it form the ‘island state’ of Australia, with Tasmania being the largest of the group, and the 26th largest island in the world.

Tasmania was discovered in November 1642 by Abel Tasman. He was a Dutch explorer and initially named the island in honor of his sponsor. It was once called ’Anthony Van Diemens Land’. Van Diemen was famous as Governor of Indonesia.

The name of the island was changed to ‘Tasmania’ in 1856. 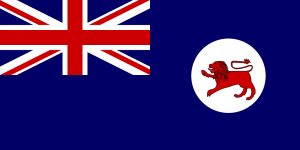 4. Tasman didn’t get there first.

Though Tasman is on record as the first European to discover the island, Aborigines have lived here for more than 35,000 years!

5. We weren’t kidding about the size!

The island has an area covering 90,758 square kilometers.

6. It’s easy to breathe down here!

An ‘Air Pollution Station’ at Cape Grim records the air quality. According to their reports, Tasmania has the cleanest land air in the world!

This is attributed to it being an island and a considerable distance from any industrial build-up. Ocean winds, of course, also clear the air.

7. Much of Tasmania is protected.

Large parts of the island are only accessible on foot, if at all! 20% of the island is classified as a ‘World Heritage Site’, including forest areas, parkland, and areas of marine interest.

8. What’s the capital of Tasmania?

Hobart is the capital city of Tasmania and is located at the estuary of the Derwent River.

9. Tasmania was actually once part of Papua New Guinea – technically.

Before the ice age 30,000 years ago, Tasmania was visibly attached to Papua New Guinea.

Estimations suggest that as the ice gradually melted over a period of approximately 6,000 years, the Bass Strait began to cover a part of the land mass as water levels rose. 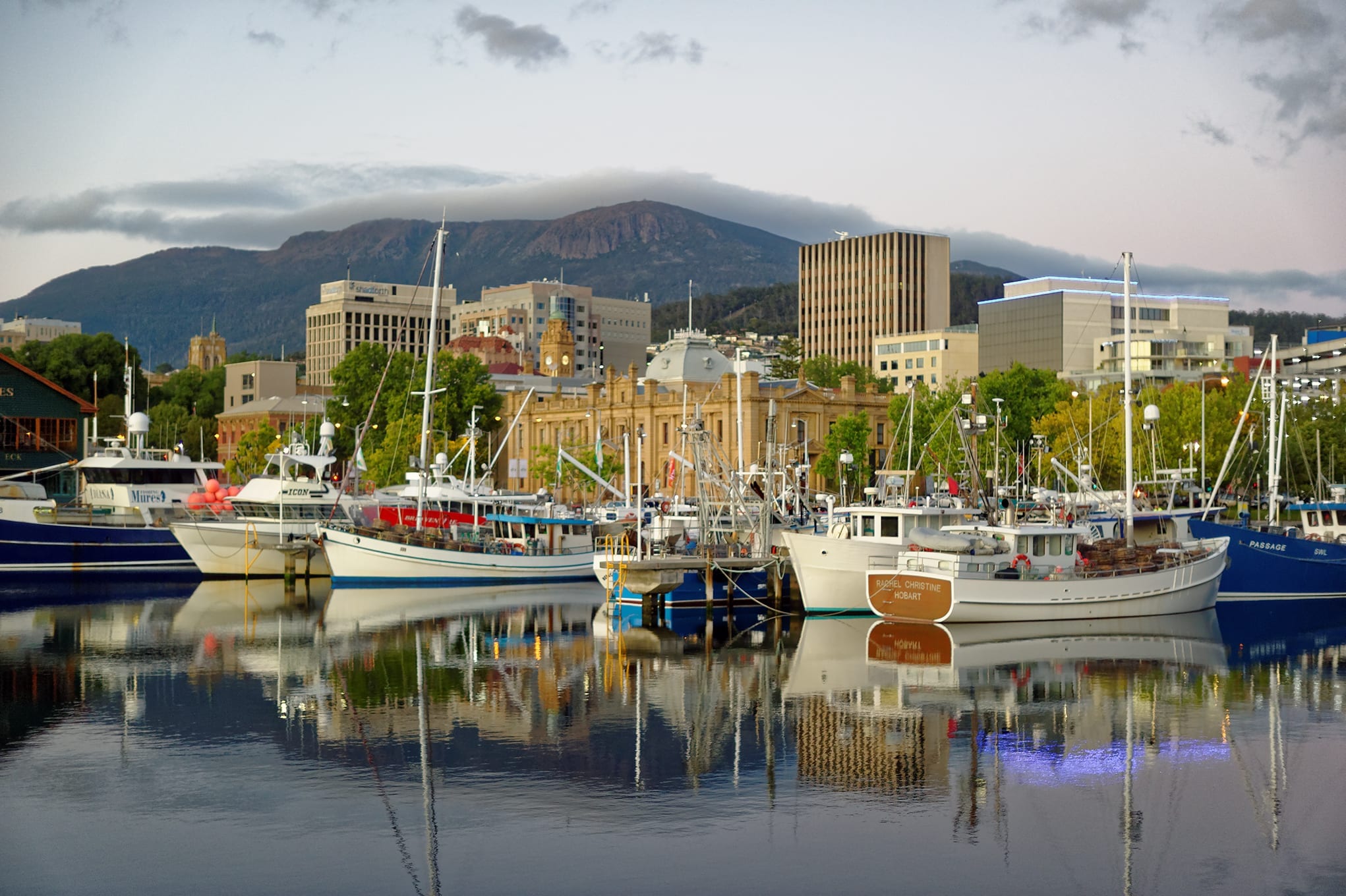 In the early 1800s, conflicts between the tribal inhabitants of the island resulted in segregation, and in 1830, the ‘Black Line’ is on record as the boundary dividing two tribes from others.

During the 19th century, settlers had integrated with the original inhabitants of the island, and thereafter further disputes about ‘land rights’ and determining who should have use or ownership of territory, was a major cause of community disruption.

11. It’s been well protected over the years.

As explorers from other continents realized that Tasmania was separate from Australia, other attempts were made to ‘claim’ the island for other countries as a base to come under their control.

In 1803, Philip Gidley King, who was the Governor of New South Wales, realized the French were about to make an attempt to claim Tasmania.

Governor King sent 50 men to establish a base at the estuary of the River Derwent. In 1803, the team established a base there.

12. Prisoners used to arrive in Tasmania before heading to Australia.

Due to its separation from mainland Australia, Port Arthur on the island became the arrival point for prisoners deemed too dangerous to be held in New South Wales.

The island became known as a ‘fortress for convicts’ and continued to be so until 1853 when the regular transportation of prisoners ceased.

Tasmania gained an apology from Brisbane when, in 1982, its name was omitted in error from the 1982 Commonwealth Games’ publicity.

Having a low population and with much of the land undeveloped, Tasmania was able to secure an economical advantage by tapping into an agreement that all states in the Australian Federation gain an income from imported goods.

Tasmania, however, retains the title of being Australia’s poorest state.

The Australian dollar is the main currency of Tasmania. Other currencies are rarely accepted apart from in Hobart, Launceston and at a currency exchange found at the airport in Hobart.

16. Arts festivals are big in Tasmania.

An annual festival of music and art is held in Tasmania. It’s sometimes referred to as ’MONO’ or ‘FOMA’, which stand for the ‘Museum of Old and New Art ‘and ‘Festival Of Music and Art’. The event takes place each January.

Many dangerous snakes live in Tasmania. The lowland Copperhead Snake and the Tiger Snake are the two most venomous and can cause harm to humans.

However, a stinging ant presents a greater problem than snakes in Tasmania! The Jack Jumper Ant is said to cause roughly one death every four years, though its attacks are also said to cause plenty of discomfort.

Wood Scorpions also live in Tasmania. Their stings are painful, but not known to be fatal.

20. Golf pretty much belongs in Tasmania.

Tasmania is home to the oldest golf course in the world and has 69 golf courses in total!

Holland is known to import some tulips from Tasmania! Specifically, The Netherlands imports tulip bulbs, which are exported prior to the growing season in Holland.

22. Who names these places?

The six main languages spoken in Tasmania in order of frequency include English, Mandarin, Nepali, German, Greek and Italian.

Is Tasmania safe to visit?

On the whole, yes… providing you are careful around some of the deadly animals!

What’s the main religion in Tasmania?

Tasmania is predominantly Christian, with more than half of the population following Christianity.

What is the biggest export of Tasmania?

Metal, seafood, paper and wood are big exports of Tasmania - as, weirdly, are tulips!

Do you know any fun facts about Tasmania? Share them in the comments below!