Are the longer days and ripening fruits making you curious about the first month of summer? Here are some fun facts about June.

1. It was named by the Romans.

Gardeners know that June 24th typically signals the halfway point of the growing season between planting and harvesting. In many cultures, this is a celebration in its own right.

Midsummer is also significant to many theatre buffs, with ‘A Midsummer Night’s Dream’ often performed by theater companies around this time.

3. All part of Caesar’s calendar.

The influence of Julius Caesar is still felt today in many ways. For example, until he consulted the Alexandrian astrologer Sosogenes the calendar year only lasted ten months. In 46 BC Julius added two more months, creating the Julian calendar we know and use today. In playing calendar shuffle, he moved June from being the fourth month of the year to the sixth!

Being born in June means you are either a Gemini or a Cancer according to the Greek zodiac. Geminis are born between May 21st and June 20th. Geminis are said to be playful and curious, the social butterflies of any group.

Those who are born between June 21st and July 22nd fall under the star sign Cancer. These friendly folk are said to be loyal and caring.

If you are familiar with the insects of the USA, you may be familiar with the June beetle, affectionately known as June bug. These colorful critters span most of the states from Georgia to California, and only appear between the months of May and June.

June is a month of celebration for many people around the world. LGBTQIA+ Pride month is observed in many countries throughout June. Gay Pride Marches and various festivals are held in many cities. Through the month of June, we also celebrate the Great Outdoors, and National Oceans month. If you take a trip across the pond to the UK, you can also celebrate National Smile month!

We know the origin of the modern word June is Roman, but we also know what the various tribes of Great Britain used to call this summer-y month. The Anglo-Saxons referred to  June as ‘Sera Monath’, which roughly translates to the month of dry weather. The Gaelic and the Welsh refer to June as the middle month or middle of summer and use the words ‘Meitheamh’, and ‘Mehefin’ respectively.

8. Let’s talk about the planet.

On June 5th, we observe World Environment Day. First held in 1974, this day of awareness created by the United Nations is celebrated in over 140 countries. This global effort is used as a platform to highlight environmental issues such as overpopulation, marine pollution, and climate change.

Wimbledon, the famous English tennis tournament, is played in the month of June. 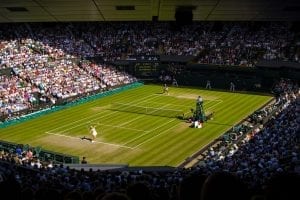 The 16th of June is Fresh veggies day. Time to pay for all the chocolate ice cream you’ve been eating! Vegetables are essential, and it should be incorporated into your diet every day of the year!

Back to being unhealthy, the 20th of June is Ice Cream Soda Day. Ice cream soda is popular all over the world and is known as “coke float” in the UK.

On the topic of food, the 15th of June is Chocolate Éclair day.  Yummy! 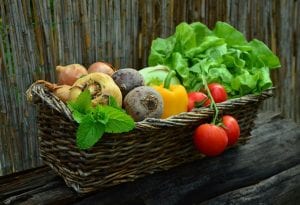 Seriously. We prefer the chocolate!

Juneteenth, or Emancipation Day, is celebrated on June 19th. On this historic day in 1865, the Emancipation Proclamation was read, freeing enslaved African Americans. This day was finally made a recognized federal holiday in America on June 17th, 2021.

Who was born in June?

What is the birthstone of June?

What do we celebrate in June?

Depending on where you are, you may celebrate Father’s Day, and men’s month. On June 21st in Canada, it’s also National Indigenous Peoples Day!

Do you know any fun facts about the month of June?  Share them in the comments below!