Doomsday, Domesday, what’s in a name? While the Domesday Book may sound like something you’d dread, it’s actually one of the most important records of British history we’ve studied over the years. Here are some fun facts about the Domesday Book to keep you reading.

William the Conqueror, who was also known as William Duke of Normandy, was reigning monarch of England and Wales, following his inauguration after the Battle of Hastings. He ordered the writing and recording of the Domesday Book to help take stock of the nations.

The war had depleted the monetary reserves of William the Conqueror. He had plans to develop the nation and set about delegating the running of the country to a number of barons and knights. To pay for this restructuring and invest in the Church, William needed to raise funds!

To calculate what could be achieved through taxes, he needed to register the land ownership and activities upon it. That’s where the Domesday Book came in handy.

3. What was actually recorded in the book?

The Doomsday Book recorded land ownership including size and usage at the time it was written. Peerages and populations were counted, and features such as churches, manors, farms and even fish ponds were listed!

The sizes of villages was detailed, too, as well as the number of merchants working in them. Details of who owned land in 1066 were updated, too. It was rather like a census. 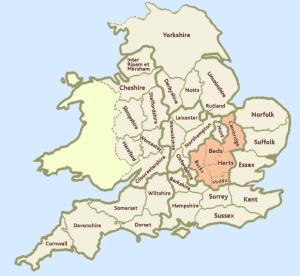 4. Did the Domesday Book cover all of Britain?

No – some areas were exempt from appearing in this record. London, Durham, Winchester and Northumberland do not appear – oddly enough!

5. When did the book come to pass?

20 years after the famous battle of Hastings, William commanded Surrey to reword the Sax Chronicle. Some say the work was completed in 1085, others say 1086. It is stated the work took less than a year to complete!

6. We don’t actually know who wrote the Domesday Book.

An unnamed English monk wrote the Domesday Book in Latin. This was the official language used in Western Europe and the language used for all government documents in that period.

7. The book was written with very particular penmanship!

Quill pens made from the feathers of geese were used to write the Doomsday Book. The quill tips were slanted to help form stylish, angular writing.

Approximately two million words are written on 888 parchment pages of the book.

9. King William never got to see the Domesday Book.

William died in September 1087, before the first book was completed. The second book also contains unabbreviated collections of data. 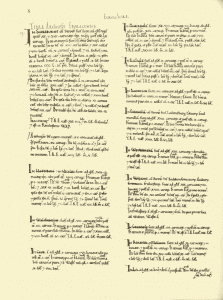 Exert from the Doomsday Book for Barmy Moor

Headings and important details were written in red ink and general text was written in black.

11. What are the pages made of in the Domesday Book?

They are made of 900 sheepskins! After being soaked in lime, any residual hair was scraped off. Skins were then stretched liver wooden racks and finally dried to create the parchments or pages.

12. You can go and visit the books in person.

The Doomsday Books are at the National Archives, housed at Kew in London. You can also view them online if you prefer – great news if you’re studying the period! 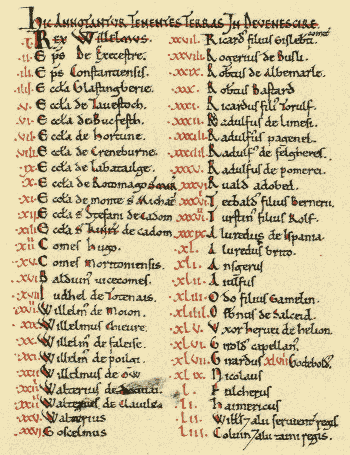 FAQs about The Domesday Book

Why was it called the Domesday Book?

The book was given its title as it was meant to replicate a time for final judgment - dramatic, right?

Does the Domesday Book still exist?

Yes! It’s still available and preserved in Kew, England, and there are digital versions available for people to read online if they prefer. The book is still a very important record of land and ownership from centuries gone by.

Why is the Domesday Book so important?

As well as being of incredible historic importance for those studying William the Conqueror and post-Hastings history, the Domesday Book has proven to be extremely useful in tracing ancient family trees!

Do you know any interesting or fun facts about the Doomsday Book? Share them in the comments below!