The Gold Rush really happened – in 1848, gold was discovered upriver down near Sacramento – and the race for true gold began. How much do you know about this fascinating four frantic years in American history? Let’s take a look at some fun facts about the Gold Rush that you can really bite into.

1. The Gold Rush was crucial in California’s populace boom.

California’s population exploded as a result of the Gold Rush. This was to such an extent that within two short years, a population of non-native Californians boomed from 1,000 to 100,000. It’s safe to say CA’s modern history (and maybe even gene pool!) Is forever shaped by this clamoring for gold.

2. Millions of dollars were made in the rush.

It’s thought that the Gold Rush truly petered out by around 1852. Did you know, however, that around $80 million had been claimed in the process?

3. The Murphys made bank.

The Murphy bros, John and Daniel, are regarded as two of the biggest winners in the Rush. That’s because in the short space of one year, they claimed up to $1.5 million in gold mining.

That $1.5 million earned by the Murphys will likely be worth up to $40 million these days, adjusting for inflation. 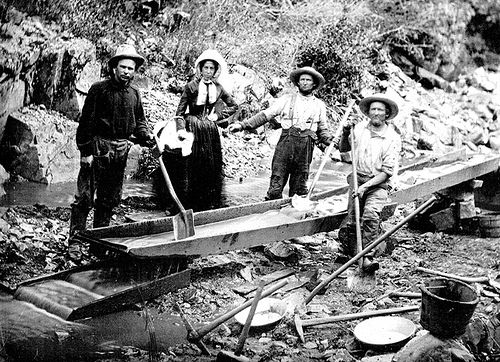 4. Not many others were so lucky.

By and large, other miners and panners in the Gold Rush were nowhere near as lucky. Individual finds may have earned them thousands, but no one got close to the Murphys’ haul.

The Golden Gate Bridge has absolutely nothing to do with the Gold Rush. It was so-named at least two years before the Rush began!

6. Marshall made the claim… but no money.

James Marshall is said to be the person who first discovered the gold upriver. Weirdly enough, it’s thought he never made a single cent from the discovery.

Marshall’s claims of gold upriver were considered to be lies, initially – until the President said otherwise. It took a year between Marshall making his claim to President James K Polk confirming that the Gold Rush had started.

8. North Carolina actually got there first.

When we talk about the Gold Rush, we’re likely referring to the Californian Rush of 1848. However, there was actually an earlier Gold Rush, in North Carolina, back at the turn of the century – this led to NC becoming a major source of gold for money minting for decades.

Gold prospecting actually cost a lot of money to undertake. Prospectors who traveled far and wide – some even coming from overseas – had to buy themselves tools, rations, and clothing – as mining for gold took a long, hard time. This meant many prospectors likely ended up broke before they even struck a nugget!

10. But it truly was a breakneck rush!

The Gold Rush really was a rush – men would end up selling their homes to go in search of instant fortune. They referred to themselves as the 49ers – as they would start the Rush in 1849. 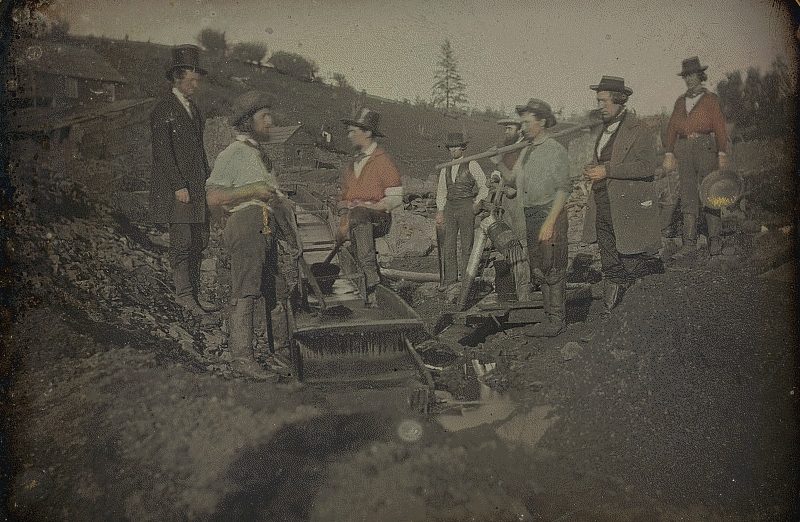 FAQs about the Gold Rush

Actually - not so great. Historians note that gold prospecting was a lonely job, with many men having fled their homes in search of fortune. Many ended up hungry, too, as a result of losing all their money buying tools and trying to keep afloat.

How many people died during the Californian Gold Rush?

No one is quite sure on the exact total - however, it’s thought around 120,000 native Americans lost their lives as a result of the influx.

Is there still gold in the Sierra Nevada?

Yes - the mountain range is still said to be host to more than 10,000 mines, and there have been plenty of TV shows about claim stakers in the years since!

Do you know any fun facts about the Gold Rush? Share them in the comments below!