The Hubble Space Telescope (HST) is the first sophisticated optical observatory placed into orbit around Earth. It’s entirely above the atmosphere and receives images of much greater brightness, clarity, and detail than ground-based telescopes with comparable optics.

Far above the clouds, light pollution, and atmospheric distortions, Hubble has a crystal-clear view of the universe. Scientists have used Hubble to observe some of the most distant stars and galaxies, as well as the planets in our solar system.

The telescope is nothing more than proof of man’s efforts to learn about space, to probe into every corner of the vast dark abyss. Does it satisfy our curiosity? Are we closer to the unknown? Read these fun facts about the Hubble Telescope for some answers…

Edwin Powell Hubble initially studied law at Oxford, England and practiced it for a year after promising his dying father, even though he already had a degree in mathematics and astronomy.

2. When did the telescope first set up?

Hubble’s history dates back to the 1940s. 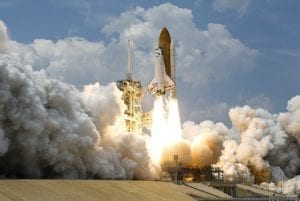 4. It wouldn’t officially take to the skies until the 90s.

The Hubble program’s launch was delayed in 1986 after the Challenger space shuttle crashed. Scientists used this time to refine and improve the telescope until its launch in 1990 but it went more than $1 billion over budget.

Hubble was launched aboard Space Shuttle Discovery on STS-31 from the Kennedy Space Centre, Florida.

Upon viewing Hubble’s first images in 1990, NASA scientists were devastated to discover that its main focusing mirror had been polished to the wrong specifications.

6. It wasn’t considered an immediate triumph.

The telescope became something of a national joke, and a Newsweek magazine cover even branded it the ‘$1.5 Billion Blunder.’ Redemption for NASA had to wait until December 1993, when a crew of spacewalking astronauts installed an instrument known as COSTAR, which used tiny mirrors to offset the glitch.

Hubble is a joint international project between NASA and the European Space Agency.

The Hubble is in orbit beyond our atmosphere to get a clearer picture than Earth telescopes can capture. It detects visible, near-infrared, and ultraviolet light.

9. Its accuracy is amazing!

The Hubble Space Telescope is extremely accurate, it’s able to lock onto a target without moving over 7/1000th of an arcsecond, the width of a human hair seen 1 mile away.

10. How big is the Hubble Space Telescope? 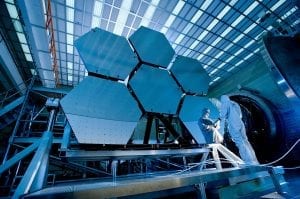 Telescopic Mirrors of the Hubble Telescope

11. There many different NASA observatories.

Hubble travels at a speed of 17,500 miles/27,300 kilometers per hour as it orbits Earth. It takes approximately 95 minutes to complete one trip around Earth.

13. Its orbits are fascinating.

Hubble orbits Earth about 340 miles/547 kilometers above its surface.

Hubble has no thrusters. To change angles, it uses Newton’s third law by spinning its wheels in the opposite direction. It takes 15 minutes to turn 90 degrees. 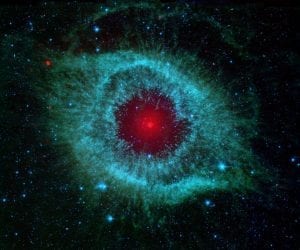 15. What keeps the HST running?

The Sun powers Hubble through solar cells on each winged array. Some of that power is reserved when Hubble is in Earth’s shadow.

16. Upgrades have been sparse but necessary.

There have been five missions to upgrade the Hubble Space Telescope after its launch.

The closest object observed by Hubble is the Moon.

18. However, it can see for light years and years.

The farthest star Hubble has observed is called Icarus and it is about 5 billion light-years away. One light-year is about 6 trillion miles or 9 trillion kilometers. 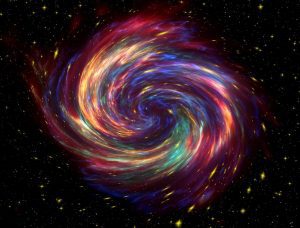 19. It doesn’t have atmospheric blinkers.

Due to the combination of optics and sensitive detectors and with no atmosphere to interfere with the light reaching it, Hubble can spot a single night light on the surface of the Moon.

The farthest galaxy Hubble has observed is 13.3 billion light-years away, the galaxy MACS0647-JD.

21. The HST has also helped us calculate the universe’s age.

Thanks to Hubble and the European Space Agency’s Gaia space observatory, it has been calculated that the universe is approximately 13.8 billion years old.

We have learned that black holes are at the center of almost every major galaxy from observations from Hubble. 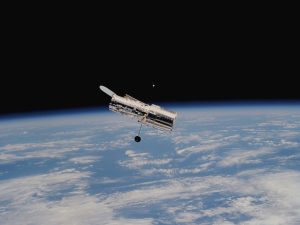 Hubble cannot take images of Earth as it is orbiting too fast for the camera’s exposure time.

Hubble can help determine the atmosphere and makeup of exoplanets, which are planets outside our solar system. This can help address whether distant planets may be able to support life.

26. It’s been crucial for galaxy analysis. 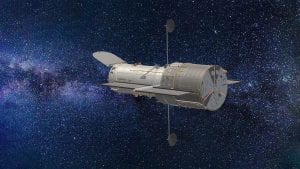 27. Is there anything the HST hasn’t helped with in space exploration?

Dark energy, a force that causes the expansion of our universe to accelerate, was discovered with the help of Hubble.

Any astronomer around the world can request time on the Hubble Space Telescope. There have been about 20,000 individual observations.

Astronomers using Hubble data have published more than 17,000 scientific papers, making it one of the most productive scientific instruments ever built.

Hubble has made more than 1.4 million observations.

30. And it’s still working hard to this day!

The Hubble is still operational. The most recent images of Jupiter were taken in by it 2019. 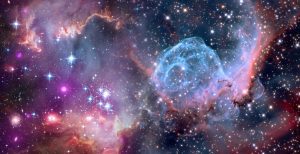 FAQs about The Hubble Space Telescope

Can I look through the Hubble Space Telescope?

Yes - but the queue is extremely long to book a slot - get in quick!

Can we see Hubble from Earth?

Yes, it’s entirely possible to see the Hubble from various spots around the globe, but it’s not as easy to spot as the International Space Station.

Are there any further plans to fix or service the Hubble Space Telescope?

At the time of writing, there are no further service visits booked in place.

Do you know any fun facts about the Hubble Space Telescope?  Share them in the comments below!