As dangerous as it is bountiful, the North Sea might pique your interest for a number of reasons. On the smaller side, it makes up for it by being a renewable energy producing gem and is valued for its abundance of fish and its unique tourism.

A true Jack of all Trades, the North Sea can do just about anything. Haven’t given it much thought until now? Well, you have probably eaten fish from here or are dreaming about going on holiday to one of the beautiful countries that it is located between. What is there to know about this useful and seemingly innocent sea? Mostly good things, but it also hides a more sinister nature beneath its far from calm surface.

1. The North Sea backs onto many countries.

As a sea of the Atlantic Ocean, the North Sea is located between these beautiful North European countries: Denmark, Norway, Great Britain, Germany, France, Belgium and the Netherlands. Each country also extends by 12 nautical miles (22km) and they have fishing rights in their respective territorial waters.

2. The North Sea was hugely important in historic skirmishes.

Historically, the North Sea was as important geopolitically hundreds of years ago as it is today, playing a key role of the rise of the Vikings.

3. Germany relied on the North Sea.

As Germany’s only access to the ocean, it was of great strategic importance throughout both of the World Wars. 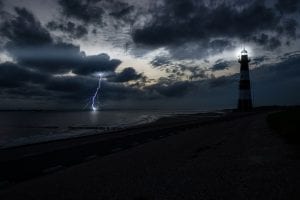 The North Sea is as bountiful as it is strategically placed, one of the world’s most productive fishing areas with over 230 species inhabiting it. You have definitely had the pleasure of tasting some of the North Sea’s cod, haddock, place, sole, mackerel, prawn, lobster, herring and many more.

5. The North Sea is a huge tourist location.

The coasts of the North Sea are very popular for tourism; whale watching and gazing upon the Northern Lights from aboard a pleasure boat on the North Sea, away from solid land’s light pollution, are both trips for the bucket list.

The North Sea also boasts an array of renewable energy sources and has proved itself indispensable for its wind power, wave power and the fossil fuels hidden underneath its waves.

7. The world is trying to protect the North Sea.

Talking about how indispensable the North Sea is, overexploitation has led to some negative environmental impacts on its biodiversity and water quality. Overfishing, dumping, runoff from various factories and other such things that come with the industrial success of a sea have seen governments putting protection policies in place to try and slow down or reverse the effects of these issues.

In a form of cosmic karma, the North Sea exacts its revenge on human kind by being one of the most dangerous seas on the planet, with the greatest number of accidents and shipwrecks in the last 10 years or so (report by the World Wildlife Fund).

9. There are lots of storms out here.

The wind being particularly strong, the waves of the North Sea and its rapidly forming storm surges have become infamous amongst sailors. 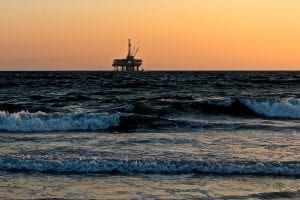 The worst storm surge ever recorded in the North Sea is called the North Sea Flood, occurring over January and February of 1953, it caused over 1800 deaths and flooded around 400,000 acres of the Netherlands, incurring thousands of euros in property damage.

As a result of this, measures have been put in place to stop flood devastation, floodgates were constructed in 1986 and movable storm surge barriers have also since been added.

As if that wasn’t enough, there is also danger lurking beneath the violent waves of the North Sea. Several species of shark inhabit this choppy and unpredictable body of water, including the aggressive when provoked Great Whites, and Spurdog sharks, who are endangered due to overfishing and whose meat is poisonous to humans.

Flamingos, pelicans and walruses were also once found around the North Sea, but have not been spotted of late. Due to this, the OSPAR commission have put a convention in place against the harmful effects of industrial human activity on the local flora and fauna. 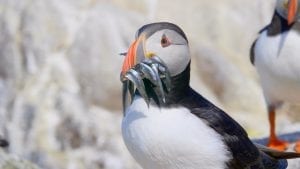 13. There are lots of reserve spots across the Sea.

Many nature reserves can be found along the coasts of the North Sea such as the Farne Islands in the UK. These provide safe breeding grounds for wildlife, birds especially make use of the protected areas.

Millions of birds, including Atlantic puffins and black-legged Kittiwakes, flock to the reserves and make for an impressive view and thus is a popular site for any avid bird watcher.

FAQs about The North Sea

How deep is the North Sea?

The North Sea is reportedly more than 700m deep.

Is the North Sea the coldest in the world?

The North Sea is pretty chilly - but while there is still ice floating in the Arctic Ocean, it won’t be the coldest!

What animals live in the North Sea?

The North Sea is home to walruses, whales, dolphins, porpoises, pelicans and more.

Do you know any fun facts about the North Sea? Share them in the comments below!

Are you fascinated with the seas of the world? Check out these marvellous facts about the Mediterranean

⚫ 🌊 12 Spectacular Facts about The Black Sea