Time is said to be a human-made construct. That’s certainly true, as animals don’t have any real way of being able to tell whether its three in the morning or five in the afternoon!

While everyone else in the animal kingdom knows to sleep when it’s dark and to rise when it’s light, human beings have spent centuries perfecting schedules, calendars, timepieces and more. Time really is a fascinating topic, and it’s a commodity none of us have enough of.

Grab yourself some free time, however, and take a look through some of the interesting facts about time that we’ve lined up for you.

There are plenty of sayings and phrases about time. One of the most popular is ‘time flies when you’re having fun’. But is this true? Studies show that people appear to feel time slowed down when they were doing things they loved and enjoyed.

How much time do we actually have left? Scientists and researchers believe that existence will fizzle out within the next four billion years. The late Professor Stephen Hawking actually theorized that the universe may start to run backwards at a ‘big crunch’ event, the reverse of the ‘big bang’.

3. Time measurements have really varied over the years.

There have been a few odd ways in which people have defined time over the decades. For example, the measure of a second used to be one 86,400th of a whole day. However, this has been put out of joint thanks to tides and planetary rotations. 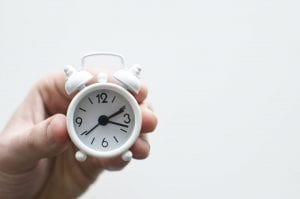 4. The days have gotten longer.

Believe it or not, days used to be shorter going back millions of years. Who’d ever have hoped to get any work done in the Jurassic era?

5. There’s an amazingly accurate clock in the US.

There is a clock based at Colorado’s National Institute of Standards and Technology said to be the most accurate in the world. It’s thought it’s so accurate that it will never lose a second – not for a billion years, anyway.

6. Our sunlight is actually pretty old.

The sunlight you see outside is actually older than you think. Stars can be ancient by the time their light reaches us, and it’s thought that light from the Sun is at least eight minutes old – as a result of distance.

The number of hours during which people work really does vary from country to country. On balance, Mexico has the longest working days, while some nations such as Sweden only demand people work for up to six hours each day.

8. Some whales live for centuries!

The mammal likely to experience more time than any other is the bowhead whale. It’s thought to live for scores of years, with the oldest on record being around 211! What’s their secret?

9. The population is growing per second.

On balance, it’s thought that there are around four births around the world every second. That was based on figures from nearly a decade ago – maybe it’s increased since then! 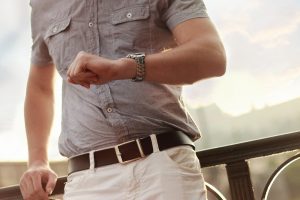 10. Time on Mercury is very strange.

If you want to spend a day hanging out on Mercury, it’d take you two whole Earth years. The reason for this, of course, is that the planet is much closer to the Sun than we are.

11. The relationship between speed and time depends on planets.

Research shows that speed affects time without question – however, this only really works with celestial bodies. For example, flying to a distant star and back again in an instant might mean you’ve barely aged, but the people you’ve left behind will be much older than you expect!

12. Where are time and the universe headed?

Theorists suggest that the universe is still expanding, and that it is getting faster as it does so. However, some believe that time is actually slowing down. Will that mean we all grind to a halt sooner rather than later? Who’s to say? 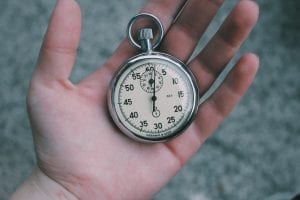 13. Some Earthly elements are billions of years old.

There is an object on Earth which is said to be more than four billion years old. That object is a crystal found in Western Australia. It’s estimated that the zircon was born around 160 million years after Earth was first created.

Scientists tend to agree that the universe is probably around 15 billion years old, and while many feel we have around four billion left, no one is exactly sure.

15. Sleeping takes up a lot of your life! 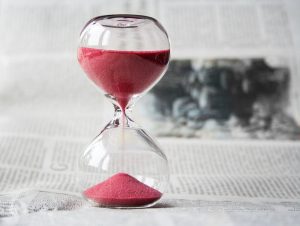 Time is a phenomenon that is actually caused by spatial expansion. There are lots of parts in play!

Is time a human construct?

In some ways, yes, but consider that a lot of plants and animals will adapt depending on day and night, as well as temperatures, etc.

Time as a construct was first invented back in ancient Egypt - though time in their eyes was much different to modern timekeeping.

Do you know any fun facts about time?  Share them in the comments below!