It’s easy to assume that the fast-food industry is in decline due to the trend of ‘clean eating’ in the last 10 years or so. However, this couldn’t be further from the truth, as fast food is not only alive but thriving!

In the U.S., the annual fast-food revenue is $110 billion. According to statistics, there’s a good chance that you or a loved one has eaten fast food at least once this week.

Studies show that 34% of children between the ages of 2 and 19 eat fast food every day.

Although many assume that fast food popularity has slowed down thanks to the importance of eating “clean food”, the industry is far from declining, as the rate of consumption has not changed within the last 15 years. To stay competitive, many fast-food brands have had a change in their menus to keep up with the trend of “healthy eating”. 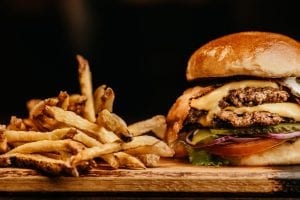 4. McDonald’s is moving away from old standards.

Following on from the last fact, McDonald’s is making cleaner food. They stopped serving food that is raised using antibiotics in 2017. However, they are still behind on this movement, as Chipotle and Panera began their movement away from antibiotics about 10 years ago.

5. McD’s won’t be going out of business any time soon.

6. The big M owns a lot of locations.

According to a Harvard Medical School report, most people aren’t very knowledgeable about the caloric intake in their fast food meals. On average, adults who were asked their meal’s caloric intake underestimated it by 175 calories.

8. It’s all about convenience.

Ease of access is one of the strongest influences on the consumption of fast food. According to a joint study carried out by the University of California, Berkley and Columbia University, having a fast food restaurant within 0.1 miles of a school increases the change of obesity by 5.7% among students.

9. White Castle improved the perception of burger quality for all – no, really.

Burgers were usually thought of as low-quality meals that are made from scraps from the slaughterhouse and nearly spoiled meat before the 1920s. However, the creators of White Castle (Billy Ingram and Walter Anderson) set out to change this perception to the public when they opened their first location in Kansas. They painted the restaurant white to induce the perception of cleanliness and set up the restaurant in a way where customers can see the cooks preparing the food. 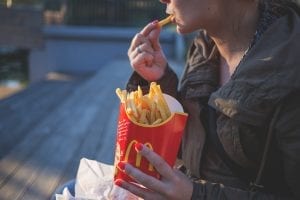 What’s the top fast-food brand in the US?

McDonald’s is way out in front of the pack, with Subway and Taco Bell not too far behind.

Is fast food always bad for you?

Not always - but it tends to be full of salt and bad fats - and there’s next to no greenery. Be careful what you eat!

What is the world’s oldest fast-food chain?

White Castle holds that record - they helped to create ‘fast food’ as we know it, with their landmark restaurant opening in Wichita in 1921.

Do you know any fun facts about fast food?  Share them in the comments below!