Frozen yoghurt has been very popular for a few years now, and that’s because it seems to be a tasty treat without the guilt of calories.  Often billed as a healthy alternative to ice cream, froyo (as it’s known) has emerged as a popular after-dinner treat.  Even brands as big as Ben and Jerry’s have gotten on board the bandwagon.

But is froyo as good for you as it’s marketed to be?  Is this a tasty dessert you can eat tubs of without gaining weight?  Too much of anything is bad for you – but let’s dig deep and look at a few of the facts regarding frozen yoghurt and its nutrition. 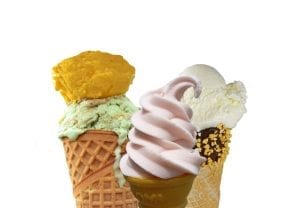 Do you know any nutritional facts about frozen yoghurt that we’ve missed?  Share them here, in the comments section below!