Can you imagine a hot summer’s day without air-conditioning? Air conditioning is used to create and maintain a certain temperature, relative humidity, and air purity conditions in indoor spaces. One of the most refreshing feelings in the summer has to be entering into an air-conditioned space.

An air-conditioning system must be effective regardless of outside climatic conditions and involves control over four fundamental variables: air temperature, humidity, movement, and quality. We love it because it maintains a level of personal comfort, and who doesn’t want comfort? But is that all? Read these fun facts about air conditioning and you’ll be even more appreciative of these devices that make our life cooler…

1. The Ancient Egyptians had air conditioning.

In Ancient Egypt, water-soaked reeds were hung on window sills. The wind evaporated the water on the reeds and made the air around them cooler.

In Ancient Rome, water from aqueducts was circulated through the walls of certain villas to keep them cool.

3. Ice was the way forward. 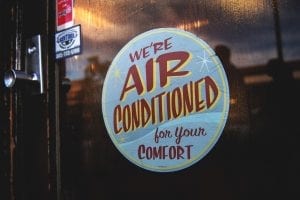 4. Gorrie is credited as the AC master.

John Gorrie is considered the father of refrigeration and air conditioning. As a Floridian doctor in 1842, he developed a machine that made ice to cool the air for his patients. He was granted a patent to create a similar machine for homes and buildings but died before he could create it.

5. It’s helped with smells and scents, too.

In 1899, a ventilation system was installed in the dissecting room at Cornell University –  it meant students could dissect cadavers without the smell.

When air conditioning technology became more prevalent in the early 1900s, movie theatre owners invested in AC systems to fill seats during the stickiest and hottest days of the year. Most people didn’t have home air conditioning, so the movie theatre was the perfect escape. “Refrigerated Air” was often highlighted in theatre advertisements.

In 1902, Willis Carrier, who worked for a publishing company, decided enough was enough with his paper expanding and ink running during the summertime. He came up with the ideas for the first widely known factory-scale cooler!

Some of the first air conditioners were used for publishing companies because, without the cool air, the paper in the office would expand and contract throughout the year.

8. The Stock Exchange has always been cool.

The New York Stock Exchange Building in NYC was one of the first buildings to use air conditioning in 1903.

The term “air-conditioning’ was coined in 1906 by a North Carolina textile manufacturer after air-cooling technology improved the quality of the fabric being produced in the plant. 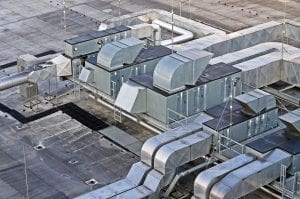 The first fully air-conditioned home was built in a mansion in Minneapolis in 1913 by Charles Gates. Sadly, he died before he could ever experience it.

Herbert Hoover was the first American president to have the luxury of AC. He spent $30,000 on the system not too long after the stock market crash in 1929. 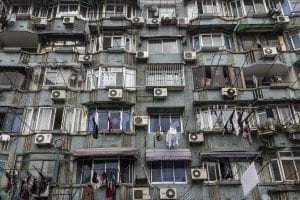 13. However, cars started benefiting from the technology by 1939.

In 1939, the American luxury car company Packard invented the first automobile with air-conditioning. To activate the air-conditioning, the driver had to stop the engine, open the hood, and disconnect a compressor belt. It wasn’t the most consumer-friendly design, but it worked.

Air conditioning became something of a status symbol after World War II. Over one million window units were sold in 1953.

Air conditioning helped grow populations in states like Texas, Florida, Arizona, and Nevada in the 1960s. 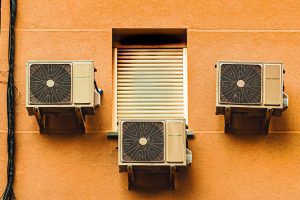 We wouldn’t have medications that fight everything from the common cold to cancer treatments if it weren’t for our cooling systems. Although we like to think that the purpose of air-conditioning is comfort, AC has other uses as well. Researchers that study pharmaceuticals require the air in the laboratory to be cooler and less humid. Also, air-conditioning in hospitals helps keep the production of bacteria down and helps prevent the spread of disease.

17. Summer vacations only came around due to a lack of AC!

Before air conditioners, it was way too hot to learn during the summer months, so summer vacation was born. Fortunately, the idea stuck, and kids today get to enjoy the summertime with the benefit of a cooling system.

18. We’re losing the ability to swelter!

Scientific studies have shown that the introduction of air conditioning has lowered the natural human tolerance for heat. 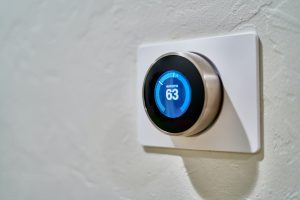 Air conditioners have proven to have a positive effect on people who suffer from asthma. They’re able to remove allergens and other smaller particles from indoor air which means less sneezing and more relaxing.

20. Most AC is developed in South Korea.

South Korea is now the largest producer of air conditioning in the world.

Is it safe to leave air conditioning on at night?

Yes, on the whole, leaving AC on all night shouldn’t cause any harm.

Does turning air conditioning on and off harm the system?

Switching on and off constantly will lead to a slower running AC, on the whole.

What’s the quickest way to cool a room with AC?

Make sure your air conditioning is well-maintained, plug any leaks, and keep it running!

Do you know any fun facts about air conditioning?  Share them in the comments below!

This page was last modified on February 10, 2022. Suggest an edit