Have you ever played or watched a professional hockey game? If you have you’re probably familiar with its basic rules and dynamics. With its speed and its frequent physical contact, ice hockey has become one of the most popular international sports.

The game is an Olympic sport, and worldwide there are more than a million registered players performing regularly in leagues. Whether you’re a fan or an outsider, here are some fun facts about ice hockey that’ll surely surprise you!

1. Who even invented ice hockey?

The popularity of this sport is crystal-clear now, but its first appearance in history has been heavily debated.

Some say that the Irish and French played a version back in the 1700s, but others say that Canadians invented it in the mid-1800s.

2. Most people swing towards Canada.

Most people consider its rightful birthplace to be in Canada, where hockey is the country’s national sport.

The first hockey puck, used during outdoor pickup games in the 1800s, was reportedly made of frozen cow dung. 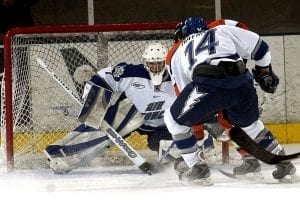 4. It’s been competitive since the 19th century.

The first organized indoor hockey game was played March 3, 1875, at Montreal’s Victoria Skating Rink, between two teams of nine players each, many of whom were McGill University students.

5. What is the Stanley Cup?

The Stanley Cup is named after a former Canadian Governor-General, Lord Stanley of Preston, who donated the trophy in 1893.

6. The Stanley Cup used to be tiny.

The original Stanley Cup was only seven inches (17.78 centimeters) high.

7. It’s been many different things.

The Stanley Cup has had many adventures since its creation in 1893. It has been recorded that Stanley Cup winners have used it for many different purposes: as a cereal bowl, forgotten by the side of the road, thrown into a swimming pool, and even lost.

8. The Cup’s been awarded most years.

Since 1914, the Stanley Cup has been awarded every year but two. In 1919 after members of the Montreal Canadians were stricken with sickness during the Spanish flu pandemic, and in 2005, after the canceling of the season.

9. It’s not a perfect specimen.

The Stanley Cup is far from perfect! It has been known for numerous engraving errors over the years, including Boston being spelt as “Bqstqn,” and the Toronto Maple Leafs as the “Leaes.” 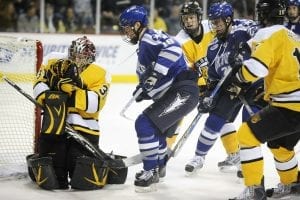 Many referees have been injured before 1914, when they used to place the puck on the ice between the players’ sticks for face-offs.

Therefore since 1914, the referees were allowed to drop the puck between the players’ sticks. Much safer, don’t you agree!

The fastest recorded slapshot was Bobby Hull’s, a staggering 118 miles per hour. 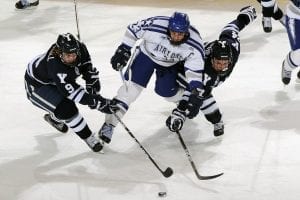 13. Gretzky is absolutely the Greatest.

Wayne Gretzky holds 61 NHL records, the most by far of any player.

The first NHL goal was scored in 1917 by Dave Ritchie of the Montreal Wanderers against the Toronto Arenas.

The NHL record for most goals in a game is owned by Joe Malone, who scored seven times for the Quebec Bulldogs against the Toronto St. Pats on the 31th of January, 1920. 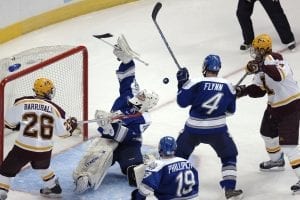 16. Canada really is the heart of ice hockey.

The Hockey Hall of Fame is located in Toronto, Ontario.

17. Forward passing used to be outlawed!

Before the 1927-28 season, forward passes were not allowed in hockey.

18. Four sides to the clock? Newer than you think?

In 1932, the former home of the Toronto Maple Leafs became the first arena with a four-sided game clock. 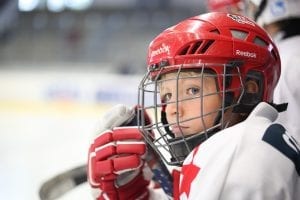 20. Those masks do great work!

Montreal Canadiens goaltender Jacques Plante is credited with being the creator of the modern goalie mask.

Chicago Blackhawks Hall of Famer Stan Mikita is most often credited with the creation of the curved stick blade in the 1960s. 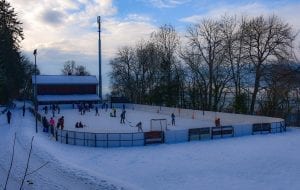 22. Esposito was one of the first big scorers.

Phil Esposito of the Boston Bruins was the first NHL player to record 100 points in a season, in 1969.

In 1971, the Boston Bruins signed Bobby Orr to a five-year deal worth $200,000 per season —the first million dollar contract in NHL history.

24. Daryl Sittler was someone you really wanted on side!

Darryl Sittler holds the NHL record for most points in a single game. He scored five goals and he had five assists on February 6, 1976. With his great performance he helped Toronto Maple Leafs defeat the Boston Bruins. 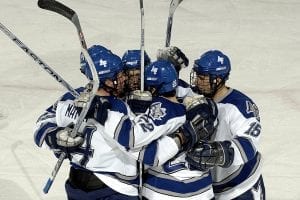 25. However, some defenders also score big.

Paul Coffey of the Edmonton Oilers set an NHL record for defensemen with 37 points in the 1985 playoffs.

26. Boundaries started breaking down in the 90s.

In 1992, goalie Manon Rhéaume became the first woman to play in the NHL, suiting up for the Tampa Bay Lightning during an exhibition game.

Twelve women either as owners or team executives have their names engraved on the Stanley Cup.

The Montreal Canadians have won the most Stanley Cups in league history, with 23. The most recent came in 1993. 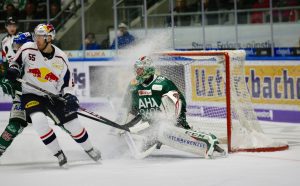 28. Helmets have been important for a long time.

The last player in the NHL to play without a helmet was Craig MacTavish, who retired in 1997.

Before games, hockey pucks are frozen to prevent them from bouncing during play. 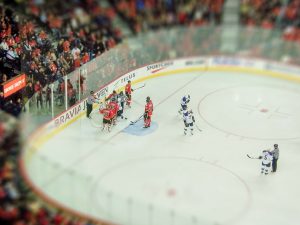 The diameter of a hockey puck is three inches.

Goalies cannot carry, or even touch the puck on the opposite side of the center line.

33. Even the ice is regulated.

The layer of ice in a pro hockey rink is usually three-quarters of an inch thick and is kept at a temperature of -9 degrees Celsius. 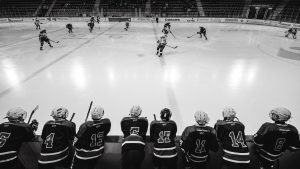 Yes, President Vladimir Putin is an accomplished ice hockey player! He has participated in a number of league games and is an enthusiastic spectator of the game, too!

Yes, and some take it very seriously! Despite being in the tropics, in the Philippines, amateurs began playing ice hockey casually in rinks set up in shopping malls!

Do you know any or fun facts about ice hockey? Share them in the comments below!

Are you fascinated with winter sports? Then you might like to check out these interesting facts about skiing…

This page was last modified on October 12, 2021. Suggest an edit