The Silk Road changed the world when it was first founded. And even after over half a millennia, the legacy of its achievements continues to affect the way long-distance trade is approached.

Here’s some fun facts about the Silk Road that will increase your chances of becoming the next pub quiz champion!

They call it the Silk Road but it was more of a route than a road; it encompassed paths that crossed both land and sea. Rather than one definitive route, the Silk Road would change depending on factors like weather and conflict.

2. There were many different branches.

The Silk Road came to an end in 1368 when the Yuan Empire fell and Mongol Trade Routes were disconnected. By the 1500s, sailing had gained momentum and all interest in the Silk Road faded.

4. It was named long after it ceased.

The date of the Silk Road’s demise is important because the route only got its name in 1877. A geographer by the names of Ferdinand Van Richthoten was in China between 1868 and 1872. It was during his attempts at making a silk road map that he called it ‘The Silk Route’, a term that stuck.

5. But what exactly WAS The Silk Road?

The Silk Road was a trade route. It was 4000 miles long and it connected China, Europe, India, and Persia.

6. The Silk Road lasted for generations – a whole millennium plus.

Emperor Wudi of the Han Empire was searching for allies in 139 BC when he sent Zhang Qian as an ambassador to Central Asia. Upon his arrival at his destination, Zhang Qian and Emperor Wudi realized that a route for travel and trade connecting the regions would benefit the Han Empire. This laid the foundation for the Silk Road.

It got its name because silk was one of the primary products it was used to transport. Silk was so light that carrying it from place to place was easy. It was also as valuable as gold. People in Europe and Asia greatly desired it.

But it wasn’t the only product traded. The Silk Road was also used to import and export salt, spices, gold, silver, and wool. You also had ivory, slaves, furs, perfume, and gunpowder, to mention but a few.

To many traders, spices were vital because the Silk Route was long and they could use the spices to mask the flavor of rotting food. They also traded it.

The common means of transportation on the road were camels and horses. They also used yaks. 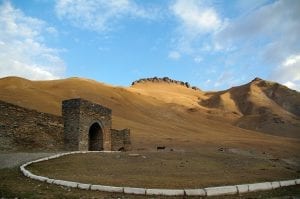 10. Travelling in numbers was very important.

Merchants travelled the Silk Road in large caravans. They needed the numbers to keep bandits away.

11. The Silk Road boomed at the time of Kublai Khan.

Trade on the road reached its peak during the rule of Kublai Khan’s Yuan Dynasty. Because the Mongols controlled so much of the route, Chinese merchants were encouraged to cross it because it was so safe. Merchants were also honored by the Mongols.

The Silk Road allowed kingdoms and countries to exchange goods, traditions, and cultures. But it also allowed the bubonic plague to spread. 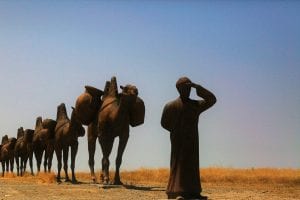 Considering its size, you rarely saw merchants travelling the entire length of the Silk Road. Most of them were content to trade with the communities and cities they encountered along the route.

14. Even explorers used the route.

The most famous person to travel on the Silk Road was Marco Polo. He used the road to go to China.

If you have heard the term ‘The New Silk Road’, it refers to the Eurasian Land-Bridge which runs between Mongolia, China, Russia, and Kazakhstan. 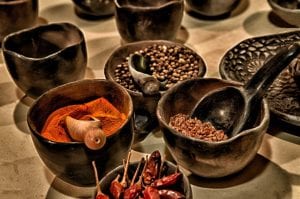 16. It has religious significance, too.

The Silk Road made it possible for Buddhism to transition from India to China.

The most impressive city on the route was Samarkand, which housed craftsmen, astronomers, and poets, and also had an aqueduct that served 200,000 people. 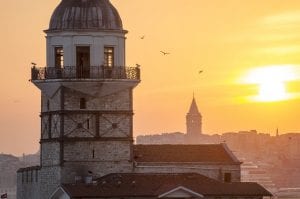 FAQs about The Silk Road

Were there any cities that prospered from the Silk Road?

Constantinople arguably benefitted the most from the Silk Road the most - it’s now known as Istanbul, the capital of Turkey.

Was the Silk Road dangerous?

The Silk Road not only infamous for carrying the Bubonic Plague, but also for its cruel and desolate landscape - there were plenty of bandits on route, too!

What problems did the Silk Road have?

While the Silk Road was very useful in many ways, it suffered from crime on route, as well as harsh weather and potential threat of disease.

Do you know any fun facts about The Silk Road?  Share them in the comments below!