The Boeing 747 has long since been the leading standard for incredible long distance commercial air travel. Also known as the Jumbo Jet, the 747 helped to revolutionise the way that people travel not only within their own countries, but globally. Whether or not you have travelled via 747 jumbo jet before, or even if you’ve never flown at all, it’s still likely that you have at least heard of the 747, or the term jumbo jet – its place in society has become that important!

Here are some fascinating and fun facts about the 747 jumbo jet likely to impress even the most avid of aviation experts.

1. A cruise liner of the skies!

The Jumbo Jet 747 is a true behemoth of air travel, in that it’s said to be able to hold up to 400 people at once. However, in emergencies, it’s needed to carry more – and thankfully, it’s really followed through. For example, during Operation Solomon, Israeli engineers were able to modify the jumbo jet so that it could hold three times the number of people the 747 could originally carry.

In fact, it’s not unheard of for the 747 to be modified for other purposes. Boeing has allowed for up to 15 different specific modifications, ranging for specific planes for military purposes, even to those jumbo jets which can carry space shuttles.

The 747 is so large, that original flight engineer Orville and Wilbur Wright could have fit their entire first plane inside the housing of the jet. In fact, it may not even reach as far as first class. How does something so big even stay up in the air? 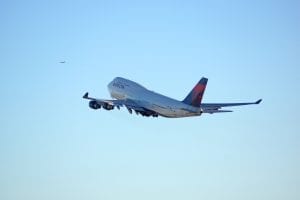 The first commercial flight for the Boeing 747 jumbo jet took place in January 1970, and it was a flight that took place between New York and London. In true commuter travel fashion, however, it was late!

5. There were a handful of variations.

There were three different variations on the jumbo jet 747, barring any future modifications and changes. These included a passenger model, a total cargo plane, and one which could switch between the two modes as and when required.

The amount of fuel that a jumbo jet was known to carry was nothing short of incredible. For example, it wasn’t unheard of for a 747 to carry around 63.5 thousand gallons of fuel. For non-stop flights from the northern hemisphere down under, this was pretty much a necessity.

The first prototype of the jumbo jet would emerge off factory lines in September 1968, leading to a full launch just over a year later in January 1970. That’s an incredible turnaround!

The Boeing 707 was a hugely common aircraft flying passengers at the time of the 747’s announcement in the late 60s. However, what stunned aviation fanatics was the fact that the jumbo jet was at least two and half times bigger than its predecessor!

9. People tried their chances with crime on the 747!

Just because 747s were built to be huge, doesn’t mean they were impervious to hijacking. Since they were first built, more than 30 different hijackings occurred on these truly mammoth planes. 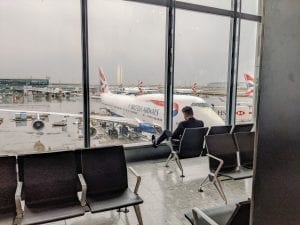 10. There are mind-boggling control arrays in 747s.

There’s said to be a dial, switch, or lever in the cockpit of a Boeing 747 for every day of the year. Knowing your way around all 365 controls will, ultimately, help you keep it up in the air – simple concept, simple execution? Maybe, maybe not!

Around 50,000 different members of Boeing personnel helped to bring the 747 to life, and as stated, it took very little time for the plane to finally reach commercial airports and landing strips. In fact, it’s thought the whole process took around 16 months from original designs.

The 747 has long been the blueprint for immense air travel all over the world. However, it has been succeeded by more efficient travel standards, also from Boeing, such as the 777, which is much more efficient in the air. 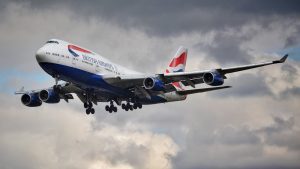 13. It was a presidential air craft!

The 747 jumbo jet has been used as an air vehicle of choice for many heads of state – George HW Bush, in particular, was known for choosing to fly 747 after the first Air Force One modifications rolled along in 1990 – it was also used as a standard for many VIPs and diplomats overseas, too.

FAQs about the Boeing 747

Is the Boeing 747 still flying?

As of 2021, it’s noted that the 747 will be halting production - meaning the famous jumbo jets will sadly come to an end.

Are there many Boeing 747s still flying?

Yes - by about 12 feet in length! However, it has fewer seats, and cabin space is actually three feet shorter.

Do you know any fun facts about the 747 Jumbo Jet?  Share them in the comments below!

Are you fascinated with aviation? Check out these fun facts about Concorde…

This page was last modified on September 15, 2021. Suggest an edit